Playfully naughty and irreverent, the musical takes a peek into the struggles of five men dealing with middle age crisis and all its telltale signs. The story revolves around The Bench Boys, an all-male ’80’s group which disbanded due to personal issues. After several decades, they attempt to reunite to hold a fundraising concert for an ailing former member. 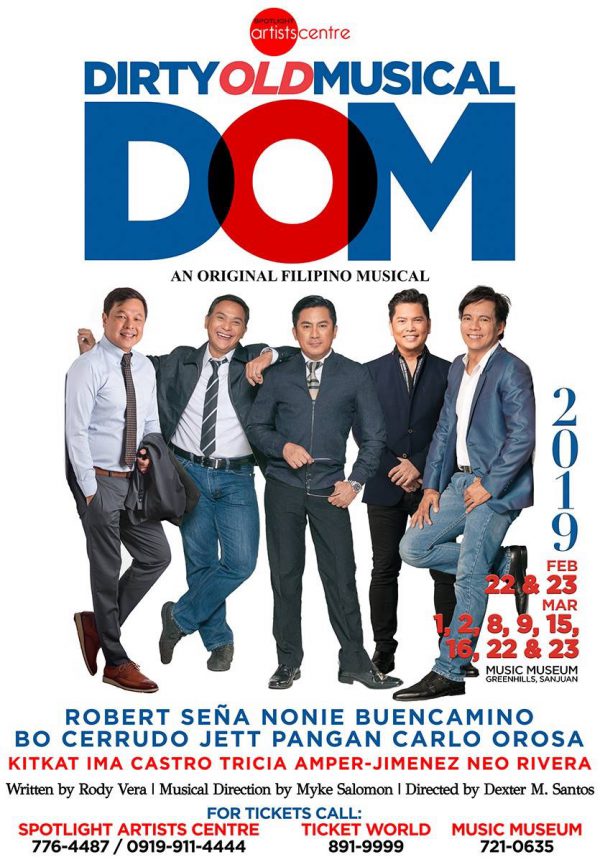 D.O.M. is based on a libretto written by Rody Vera. It is directed Dexter Martinez Santos, with musical direction by Myke Salomon.

The show will run from February 22 to March 23 at the Music Museum.

Update, 1/7/19: The original version of this article said that Carlo Orosa was also a new replacement to Williams. We apologize for the error.

Previous 6 Best Musicals and Plays of 2018