With a book by Bill Condon (CHICAGO) and music by Henry Krieger (DREAMGIRLS), ‘SIDE SHOW’ tells the remarkable story about conjoined twins Daisy and Violet Hilton. The two try to make a mark in the world by being circus performers and end up finding the meaning of life, love, and companionship along the way. 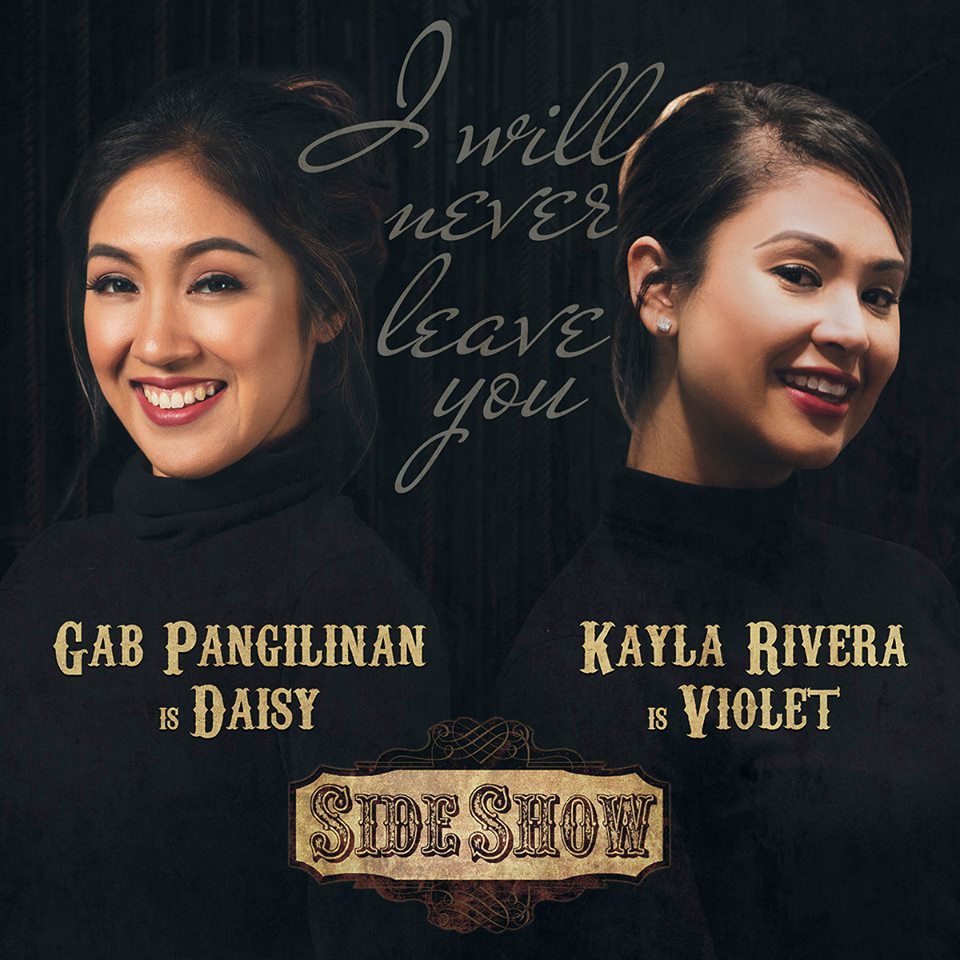 The show will run from August 31- September 23 at the Carlos P. Romulo Auditorium of RCBC Plaza. The show will be directed by Steven Conde.

Next Special 'The Mad Ones' Giveaway with Sixteen Bars this June!