Globe Live and 9 Works Theatrical’s production of A Christmas Carol returns with more grit, more depth, and more spirit. Both faithful and new, this new staging of A Christmas Carol stays true to the story and spirit of the text, while adding new features and angles to the new production. In the words of Globe Live executive producer, Joe Caliro, “It’s the same musical, but a different show.”

With a combination of old and new cast members, a revamped set and scenography, this rerun promises to bring a renewed spirit and new flavor to everyone’s favorite Christmas story: Charles Dickens’ A Christmas Carol.

Joining the cast is a multi-awarded stage and television actor, Franco Laurel as the Ghost of Christmas Past. Laurel is most notable for his performances in You’re A Good Man, Charlie Brown, Grease, Rama at Sita, Honk, The Ugly Duckling, Joseph the Dreamer, Isang Panaginip na Fili, for which he won an Aliw Award for Best Stage Actor. He is also a prolific writer and blogger, and currently holds the position of editor for two lifestyle magazines. 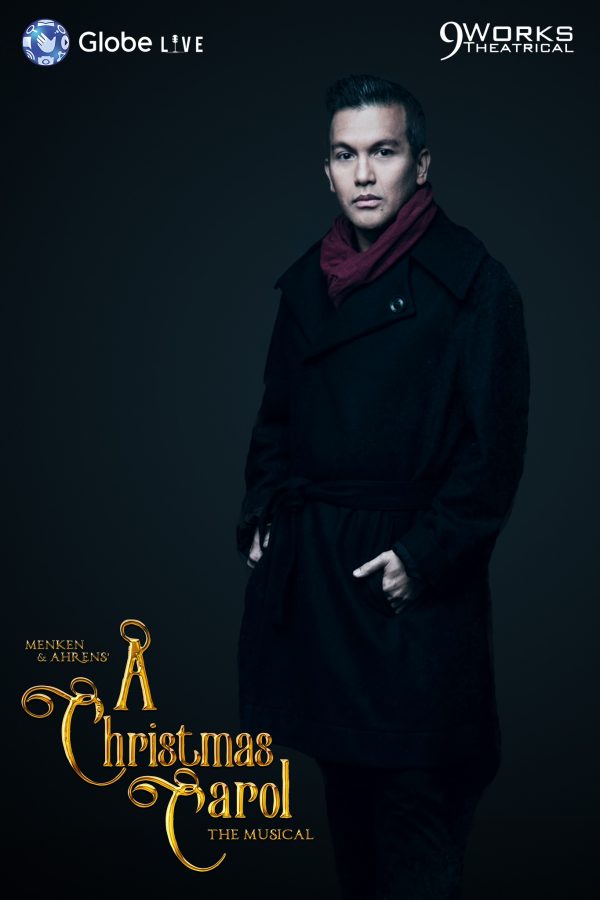 Theater veteran Noel Rayos also joins the cast, juggling the roles of Jacob Marley and Mr. Fezziwig. With over ninety professional theater productions under his belt, Noel is a seasoned performer and crowd favorite. A Gawad Buhay awardee, Noel was proclaimed Best Featured Actor in a musical for his performance Rama Hari. His featured role in La Cage aux Folles as Jacob also earned him a Gawad Buhay nomination. This marks his fourth production with 9 Works Theatrical after appearing in They’re Playing Our Song, RENT and La Cage aux Folles. 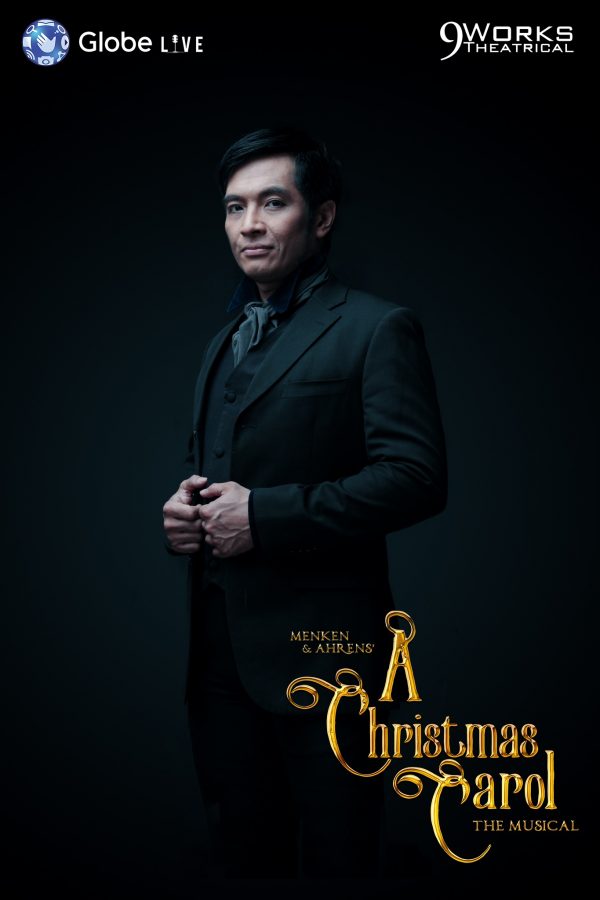 Nico Dans and Rissey Reyes represent Philippine theater’s next generation of actors. Dans is overjoyed to be returning to the stage after a stab at corporate life. A fine arts graduate, Nico has just been featured in his first full length action/suspense film by director Richard Somes. Meanwhile, Reyes, a graduate of University of the Philippines, was most recently seen in Batang Rizal, William, and Rated: PG. Rissey was also a member of TV5’s local franchise of the popular musical children’s show, Hi-5.

Jaime Yupangco and Elai Estrella are sure to delight audiences with their performance as Tiny Tim. For Jaime, the role of Tiny Tim is a dream come true. His love for performing is natural, coming from a family steeped in show business and theater. Similarly, Elai shares the same joy for performing. A regular student at summer workshops, Elai enjoys immersing himself in the world of theater and make believe. He plays the recorder, and violin, as part of the Catholic Filipino Academy Orchestra.

Joining this season’s A Christmas Carol are Jon Abella and Tricia Canilao playing Mr. and Mrs. Cratchit. Abella, a theater arts graduate, has been seen in Mula sa Buwan, William and The Medium. This is his second production with Globe Live and 9 Works Theatrical, following his performance as Seitz in Newsies. Playing his wife is Tricia Canilao who is most known as a Miss Saigon alum, performing as Kim, Gigi and Ellen in various parts of the world. Her other credits include Les Miserables, West Side Story, Disney’s Beauty and the Beast and the musical revue, The Golden Mickeys in Hong Kong Disneyland.

Playing Young Ebenezer is Laurence Mossman. Mossman hails from Auckland, New Zealand and began his theatrical career in the Philippines after performing in Mamma Mia! He appeared in the musical Fun Home, appearing as various characters in the show, and was most recently seen in the lead role of Charlie in Kinky Boots.

Arman Ferrer also joins the cast of A Christmas Carol as Fred. A theater actor and a classical singer, he was a featured soloist of the Philippine Philharmonic Orchestra and The ABS-CBN Philharmonic Orchestra. He originated the role of Emilio Aguinaldo in Mabining Mandirigma, for which he received the PHILSTAGE Gawad Buhay for Best Featured Male in a Musical in 2015.

Next FIRST LOOK: The Cast Performs Medley from “A Christmas Carol”

Picasso Musical in the Works with Antonio Banderas and Stephen Schwartz