Pulitzer Prize winner Tony Kushner’s “Angels in America: Millennium Approaches” opened on Broadway almost 30 years ago. It is the first of Kushner’s two-part epic that explores homosexuality and the AIDS epidemic in 1980’s America. Set in New York, the play centers on the lives of two main couples—Prior Walter, who is abandoned by his lover Louis Ironson, after he contracts the AIDS virus, and Joe Pitt, a closeted gay lawyer who struggles in his marriage with his wife Harper. Atlantis Theatrical is set to stage the play, directed by Bobby Garcia, at the Carlos P. Romulo Auditorium from March 22 to April 7 to kick off its 20th season.

While it was written in a time when people hardly knew anything about the disease, the Philippine cast argues that it is in fact even more relevant today than it ever was.

Topper Fabregas, who plays Prior Walter, says “They seem to be paralleling that exact same time before, where we kind of forget what it means to be an empath and to really understand people. We’re starting to veer towards the complete end of that spectrum now for some reason, here, and in other countries as well.”

“Angels in America” had a revival on Broadway last year, garnering 11 Tony nominations (more than any other play in history) and winning 3, including Best Revival of a Play. Fabregas said that people who watched it on Broadway mirrored the same perspective. “How strange that this 30-year old play might even be more relevant now than when it first came out. That call for connection, that call for understanding, and kindness, and forgiveness, I think everyone would agree that we need that today.”

Pinky Amador, who plays the Angel, adds, “There are so many things that are dividing us as people, as nations, as world, as brethren, as sisters. Separation is even greater now than when we were totally ignorant about AIDS. We’re more separated from each other than ever before.”

“There’s more of a human plague in fact that has hit our own inner societies in the world,” says Cherie Gil, who plays Joe Pitt’s mother, Hannah Pitt. “This would basically lead us hopefully to a place where we can all ask the question, ‘Where are we going from here? What kind of changes do we want to make?’” She adds that the way the play speaks about life’s finiteness help make us ponder on what really matters. “Not only does it bring us to religion, or to our beliefs, and to which God we worship, but also to the spirituality that we are all made of, the core of human beings that we are, and what it is that we want to hold on to at the end of the day.”

Fabregas also mentions that one of the most harrowing things that the play explores is how the epidemic used to be a death sentence for people who were affected by it. “We know that it still has its issues now, but basically we took for granted how it literally was this whole community dying slowly little by little. You could be with this person one day, and the next day, they’d be gone.”

“It really was life or death. You really think that when your partner or your friend gets AIDS, the next day, he’s going to die,” says Nelsito Gomez, who plays Louis Ironson. “I like the fact that the way you will see certain graphic images in this play is kind of very head-on because I think that our audiences need to be challenged to see how graphic it really was.”

You can buy tickets to the show HERE.

Previous "The Devil Wears Prada" is set to be a Musical 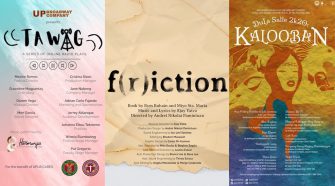 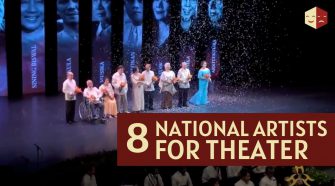 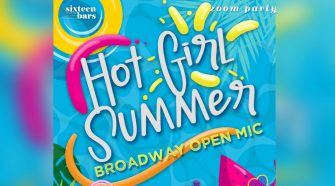