From university productions, to new and immersive theatrical experiences, here are 6 university-based and independent productions you can catch this August to September. 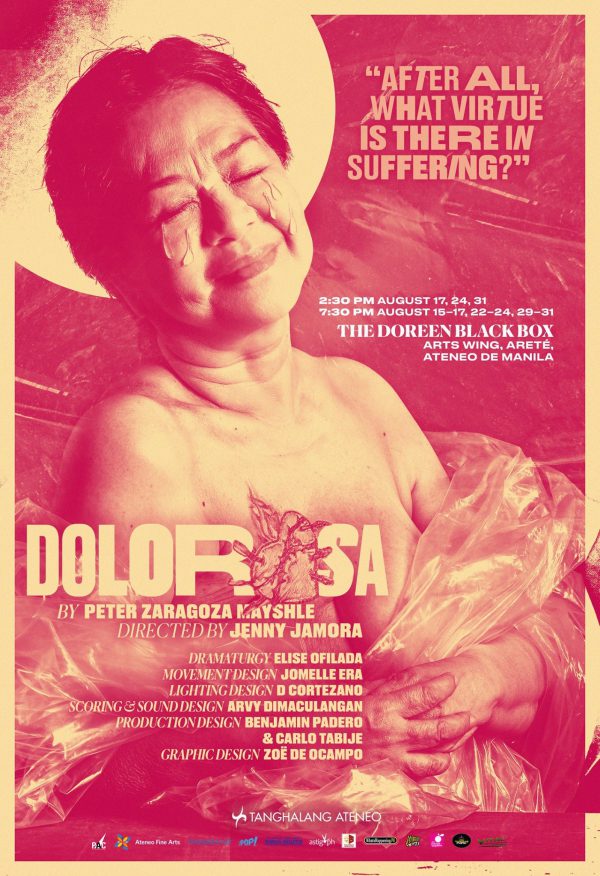 During the Spanish occupation, a wooden statue of the Mater Dolorosa, crafted by a master sculptor from Paete, Laguna, is mysteriously lost. In the Japanese era, Pilar, the sculptor’s granddaughter, discovers her powers of astral projection and is visited in an apparition by the Sorrowful Mother, tasking her to search for the missing statue. Decades later, on Good Friday, Pilar’s three daughters reunite to piece together the rediscovered statue, while anxiously waiting for the arrival of their estranged mother, who has spent fifteen years in America for strange reasons difficult to understand.

The show is running from August 15 to 31, Thursday to Saturday, at the Doreen Black Box (Areté, Ateneo de Manila University). Contact Heinrich Catan at 0923 081 9919 for tickets.

2. 13th of September by Be Our Guest Theatricals 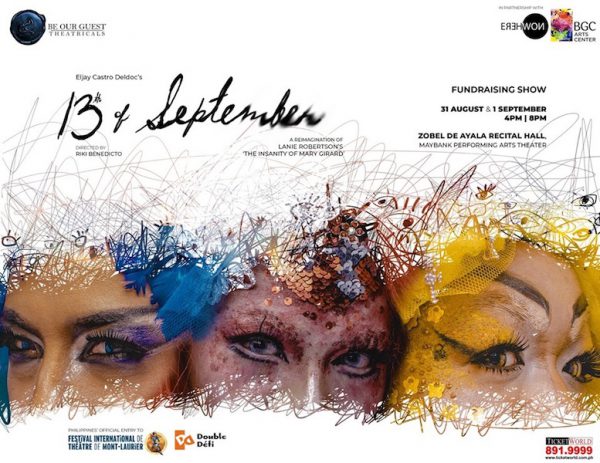 Eljay Deldoc’s “13th of September” is a reimagination of Lanie Robertson’s “The Insanity of Mary Girard.”

Mary Girard is preparing for her last night in Pennsylvania Asylum. Now, 56, her age is visible after more than two decades re-living the moments of her life inside the asylum. While doing her daily routine and preparation with other patients, her past is dawning inside her, the memories of her mother, husband and her dear daughter are right in front of her and it seems like she’s “sane” once again. As for her last night with the tranquilizing chair, she will fight and relive the moments of lies and betrayal that has never been proven.

The show will be directed by Riki Benedicto and will run from August 31-September 1, 4pm and 8pm, at the Zobel de Ayala Recital Hall, Maybank Theater, BGC Arts Center. It is the Philippines’ official entry to the 9th Festival International de Théâtre de Mont-Laurier in Quebec, Canada, which will be held from September 5-11, 2019. 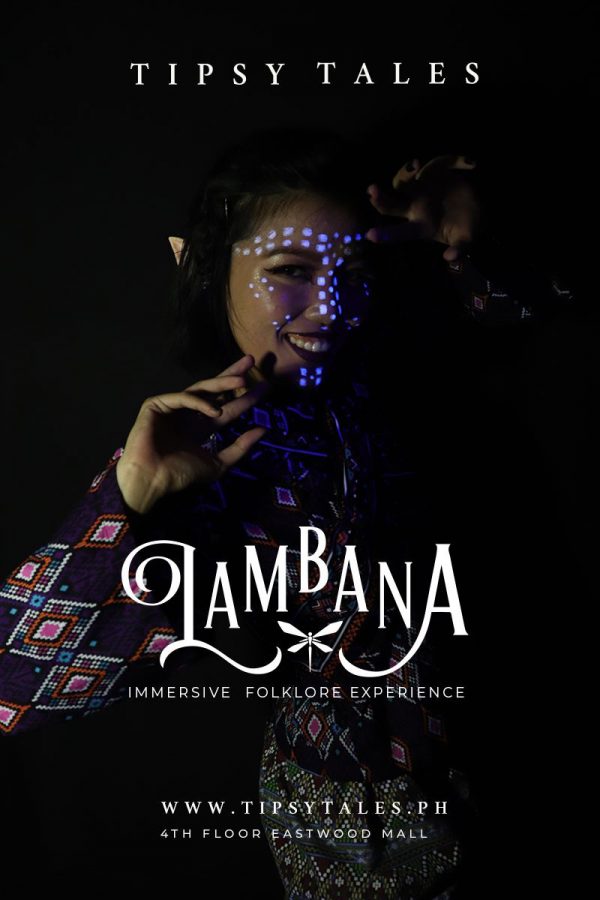 Lambana is a dark whimsical immersive experience that will bring you into the mythical world of Filipino Folklore. In “Lambana”, performers will lead you through a story set across a 4,500 sqft realm in Eastwood City.

The experience will last for approximately 75 minutes. There are multiple paths and the ending is up to the participant. Interested participants aged 12 and above will be allowed to enter.

A regular ticket costs P2000 (P1700 for students, P1600 for senior citizens and PWD cardholders), inclusive of light snacks, drinks, and souvenir. It will be running indefinitely at the 4th floor of Eastwood Mall. Contact hello@tipsytales.ph for ticketing inquiries. You can also buy through Ticket2Me here. 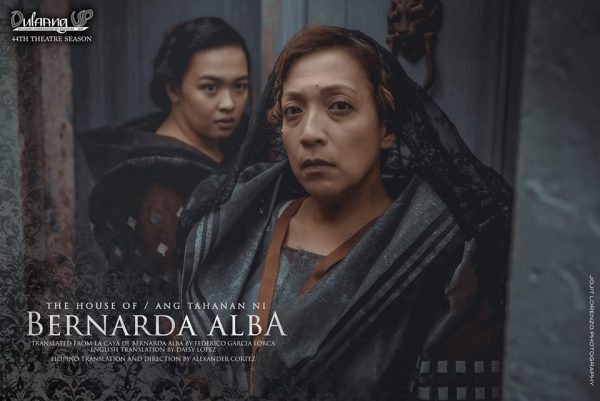 “La Casa de Bernarda Alba” or “The House of Bernarda Alba” is Spanish dramatist Federico Garcia Lorca’s last play, completed two months before his death during the Spanish Civil War in 1936. It centers on the events inside the house of Bernarda Alba, a domineering matriarch who imposes an eight-year mourning period on her household after her second husband’s death in accordance with her family’s tradition. Bernarda has five daughters aged between 20 to 39, whom she has controlled inexorably and forbids them from any form of relationship. The mourning period further isolates the family and builds the tension within the household as the daughters rival against each other on marriage, inheritance and command.

The play will run from September 6-29 at the Wilfrido Ma. Guerrero Theater of UP Diliman. It will be performed in English for the first week, Filipino for the second week, and will have alternating for the third and fourth week. It will be directed by Alexander Cortez (who also does the Filipino translation). Other members of the creative team include Daisy Lopez (English translation), Judy Ick (dramaturg), Gino Gonzales (production design), Meliton Roxas Jr. (lights design)), Jethro Joaquin (sound design), Katz Trangco (music), JM Cabling (movement design), Jojit Lorenzo (photography), and Steven Tansiongco (graphics design).

5. The Theory of Relativity by Ateneo blueREP 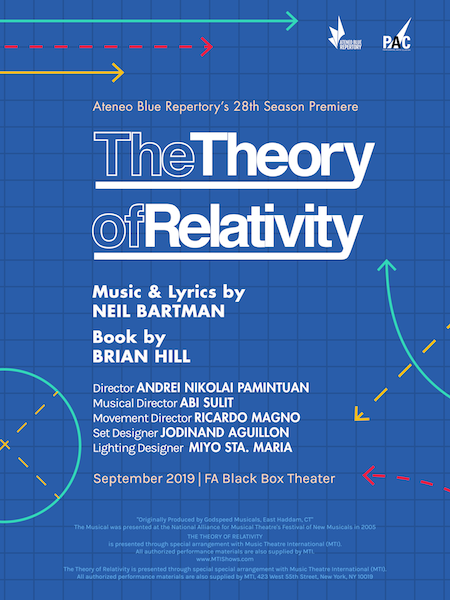 Written by Brian Hill (book) and Neil Bartman (music and lyrics), “The Theory of Relativity” is an unconventional song cycle that examines our interconnectedness through life’s shared experiences – from the hilarious to the heartbreaking. The show will be directed by Andrei Pamintuan, with Abi Sulit serving as musical director, Ricardo Magno as movement director, Jodinand Aguillon as set designer, and Miyo Sta. Maria as lighting designer.

“The Theory of Relativity” will be running this September at the FA Black Box Theater of Ateneo de Manila University. 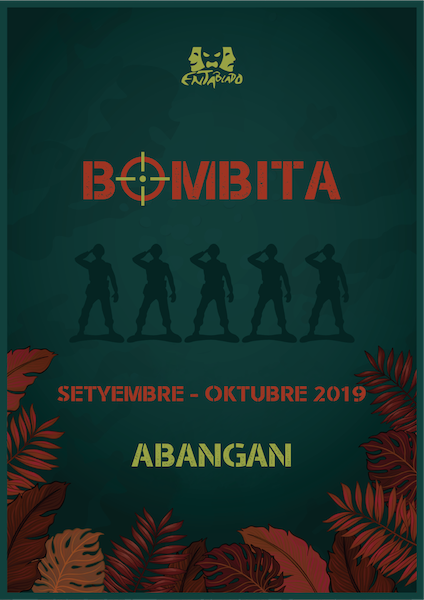 ‘Katips the Movie’ Musical Coming in 2022