According to Variety, Halle Bailey has been cast as Ariel in Disney’s upcoming live-action remake of “The Little Mermaid.” Bailey is part of R&B duo “Chloe x Halle” with her sister Chloe.

She joins Jacob Tremblay and Awkwafina, who will play Flounder and Scuttle respectively. Melissa McCarthy is in talks to play Ursula.

The film will feature songs from the 1989 animated feature written by Alan Menken and Howard Ashman, and new songs by Menken and Lin-Manuel Miranda. It will be directed by Rob Marshall and produced by Marshall, Miranda, John DeLuca, and Marc Platt. The script is written by David Magee.

Further casting as well as a production timeline have yet to be announced.

Next WATCH: "Mulan" Live-Action Teaser Has Been Released!

“In the Heights” Movie to Stream Online 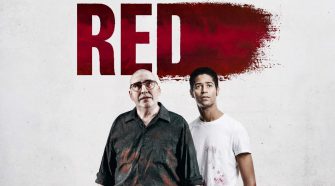