We talk to Joaquin Pedro Valdes, cast member of London’s ‘Fanny and Stella’ about his experience.

With our number of cases escalating by the thousands on a daily basis, it sometimes feels like going back to the theater in the immediate future is a pipe dream at this point. But London’s Fanny and Stella, where Joaquin Pedro Valdes (Miss Saigon, Matilda) currently plays the role of John Safford Fiske, could mark a turn of the tide.

Fanny and Stella is a 6-actor, open-air Fringe musical at the outdoor Garden Theatre in Eagle London. Valdes describes the set-up as having a unit set, with no microphones and no automation. “We load in and load out our own stage and take care of our own props. We perform to an audience of 40 socially distant people every night while battling the elements- a 35 degree heat wave, an unexpected rain pour, or the sounds of sirens and motors whizzing by on the street behind us.”

“It is equal parts scary, exciting, humbling and overwhelming,” says Valdes when asked what it’s like performing on stage in a pandemic. ‘

When outdoor performances and pubs in the UK were allowed to reopen–with strict social distancing guidelines–Valdes says that the show’s director Steven Dexter felt compelled to do something. “It needed to be a material [Dexter, and producer Peter Bull] were confident with, that had a small cast and a simple-ish set-up.”

Fanny and Stella, a musical written by Glenn Chandler (book) and Charles Miller (music), follows Ernest Boulton and Frederick William Park, two young men who, in 1871, were put on trial in London for dressing as women and conspiracy to commit sodomy, which was considered a felony at the time.

With only one week to rehearse, Valdes admits that it was a lot to take in, but they all felt driven to make the show happen and stand on its feet.

“Dexter and LAMBCO [productions] knew that people were hungry and yearning for live theatre. After months of being deprived of it by uncontrollable circumstances, as soon as they were given a green light, they knew they had to put up something. If only to keep extending that string of hope for the theatre industry whose morale was dipping by the second.”

In terms of curbing audience anxiety, he says that disseminating pertinent information is key. “Audience members are personally escorted into their seats individually or per bubbles of 2, 3, or 4. All drinks are pre-ordered and delivered to you on your seat. Each bubble and individual is at least 2 meters apart and they are all required to wear face masks throughout the show.”

All health and safety guidelines are clearly enforced by their team. “There are no printed programs to be bought so information on the cast, show, and Covid Guidelines are placed on the chairs in laminated cards for the audience members to read. All of this information is also thoroughly communicated to the ticket buyer from when they book online. Everything is also paperless.”

“Temperatures are checked at the door, stage door, (for both audience and company members) and backstage. We all have to abide by a grocery list of guidelines and regulations. It’s all very efficient and professionally handled which really makes both the viewers and the performers feel taken care of.”

Fanny and Stella isn’t the only live production running or in the works in London. Regent’s Park is putting up a concert-style version of the Jesus Christ Superstar revival.

“There’s an unspoken and communal feeling that we’re fighting to keep the very industry and craft that we love alive.” adds Joaquin. “It feels like the whole UK Theatre world is collectively resisting the threat of being silenced, erased, and cancelled due to this pandemic. Our little show is like the first raft of brave explorers sent out to discover what the new world looks like.”

Next 9 Musicals to Watch on Netflix

“In the Heights” Movie to Stream Online 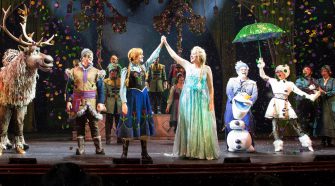 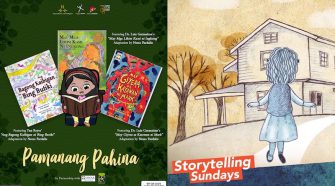