After more than 2 years, One Night Stand (ONS) returns this Pride month! 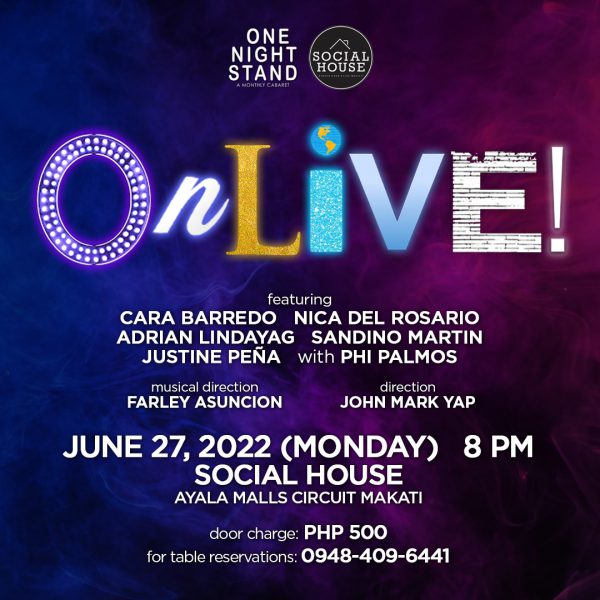 Before the pandemic, One Night Stand Cabaret was a regular live show that was staged on the first Tuesday of every month at the 12 Monkeys Music Hall & Pub at El Pueblo, featuring our country’s brightest theater artists. It now returns for its first show since the start of the pandemic at a new venue.

Entitled ONLIVE!, a wordplay of “online” and “live”, it will feature songs from musicals that were streamed or released online during the pandemic– Hamilton, Dear Evan Hansen, The Prom, Everybody’s Talking About Jamie, Tick, Tick… Boom!, In The Heights, West Side Story, and Come From Away. 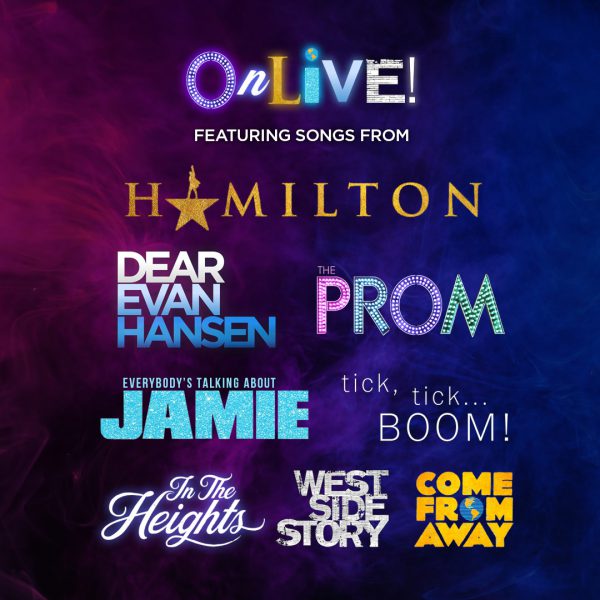 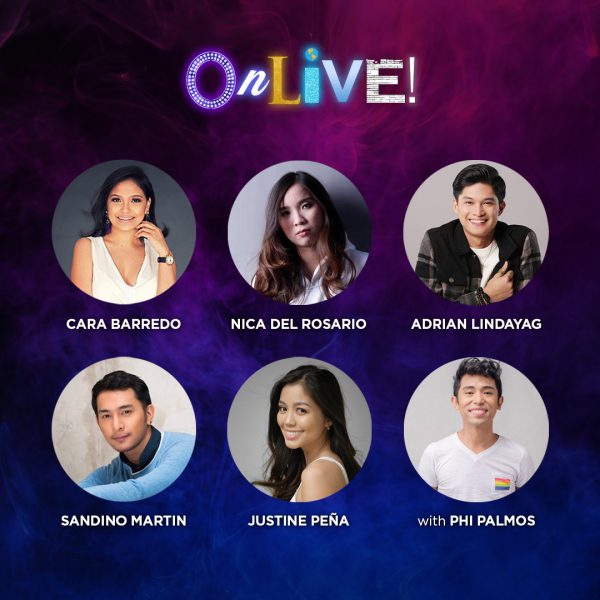 It will be directed by John Mark Yap, with musical direction by Farley Asuncion. Door charge is Php500. For table reservations, contact 0948-409-6441.

One Night Stand: A Monthly Cabaret was established in April 2015. Its current producers are Micaela Pineda, John Mark Yap, and Pat Valera.

No repeats. No reruns. Just a One Night Stand. Check the past ONS shows on their YouTube Channel.