Following the highly successful run of Kinky Boots, Atlantis Theatrical Entertainment Group proudly announces the names of the outstanding actors playing the lead roles in its production of Matilda the Musical coming in November and December this year. 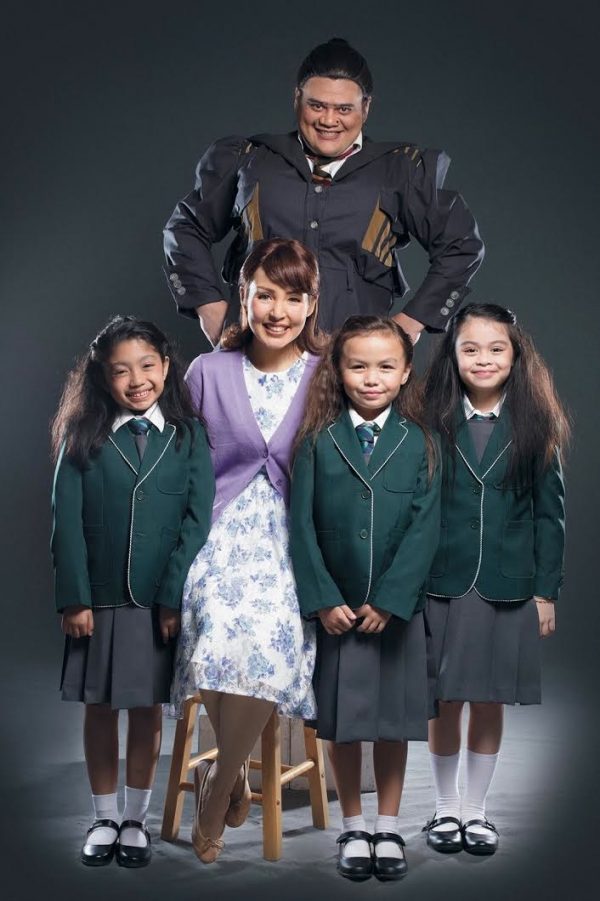 Alternating as Matilda are three of theater’s brightest and most talented little girls: Esang De Torres, Uma Martin, and Felicity Kyle Napuli. Esang, who performed as Young Cosette in the Asian tour of Les Misérables, was a finalist of Team Lea (Salonga) on The Voice Kids. Uma, for her part, made her theater debut as Lottie in A Little Princess. Not to be outdone, Felicity was recognized as Outstanding Child Performer at the Gawad Musika Awards and has already starred in a short film titled Duyan ng Alon.

The evil headmistress Miss Trunchbull is played by Jamie Wilson, and Cris Villonco, who was recently seen as the lead in Atlantis’ Fun Home, takes on the role of the lovable Miss Honey. The show is directed by Bobby Garcia.

Based on the beloved children’s novel by Roald Dahl, Matilda the Musical has enjoyed box-office popularity as well as much critical acclaim, winning 75 international awards including the Laurence Olivier Award for Best New Musical and the Tony Award for Best Book of a Musical. The book by Dennis Kelly and original songs of Tim Minchin continue to wow audiences around the world.

Matilda the Musical tells the story of a 5-year-old girl with astonishing wit, intelligence and psychokinetic powers who is ignored and unloved by her cartoonish parents. As if things at home aren’t bad enough, Matilda and her classmates have to deal with the school headmistress Miss Trunchbull who hates children and loves punishing those who disobey her. Matilda finds comfort finds comfort and happiness in her teacher Miss Honey, and they have a profound effect on each other.

The enchanting, inspiring and fun musical goes on stage at the Meralco Theater from November 10 to December 10. Shows are on Fridays at 8:00 p.m., Saturdays at 2:00 and 8:00 p.m. and Sundays at 2:00 p.m. Tickets ranging from P1,500 to P4,000 are now available at Ticketworld. The show is recommended for ages 7 and up. Children below 4 years old will not be allowed inside the theater.