The 11th Philstage Gawad Buhay Awards is all set on May 28, Tuesday at 8 p.m. at Onstage Theater, Greenbelt 1, Makati City. The awarding ceremonies will be open to the public on a first come, first served basis.

Gawad Buhay is the country’s recognizing body for performing arts. Only shows produced by companies who are members of The Philippine Legitimate Stage Artists Group (Philstage) are eligible to receive the awards.

The awards show, with the theme “Generations,” will be hosted by Carlo Orosa and Kakai Bautista.

Philstage President Audie Gemora, who is directing the event, says, “The dream of the founding members of Philstage companies — the likes of Zeneida Amador—was to build a thriving performing arts industry. That dream is now a reality, with several theater companies having been established in the last decade. Workshops are teeming with youngsters while theaters in the campuses are vibrant.
The influx of Broadway touring companies in Manila has not put a dampener on the local theater scene. And in 2018, we saw groups that usually stage Western musicals take a stab at staging original Filipino musicals, which is a positive trend.”

The awards show will feature performances by the original casts of the nominated musicals of 2018– “Ang Huling El Bimbo,” “Eto Na! Musikal nAPO!,” “Himala, Isang Musikal,” and “Balag at Angud”. There will also be tribute performances by Ballet Manila and PETA for this year’s Natatanging Gawad Buhay awardees– dance icon and teacher Felicitas ‘Tita’ Radaic, and Head of the National Drama Committee of the Philippine National Commission for Culture and the Arts Lutgardo Labad.

Capping off the evening will be a special performance by the “future of Philippine theater”, children of theater practitioners who are now taking the stage– members of the Ateneo Blue Repertory, students of Trumpets Playshop and Tuloy Foundation, and scholars of Philippine Opera Company to be coached by Sweet Plantado-Tiongson. Joseph Matheu will serve as the evening’s lighting designer. 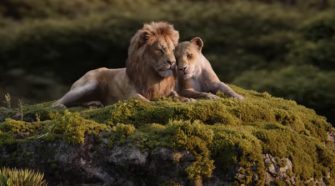 ‘Lion King’ Sequel in the Works