SHUT UP AND LISTEN!

In addition to teaching a series of masterclasses for both Songwriting and Song Interpretation during his visit to Manila in June, Brian Lowdermilk (half of the powerhouse New York-based contemporary musical theatre composing duo Kerrigan & Lowdermilk) is also teaming up with Sixteen Bars for a one-night-only concert experience featuring Lowdermilk working with some rising talents in the Metro Manila musical theater scene.

The concert will feature some of the most iconic music from the Kerrigan & Lowdermilk songbook, as well as new songs from Lowdermilk’s current online solo project, “From B”. 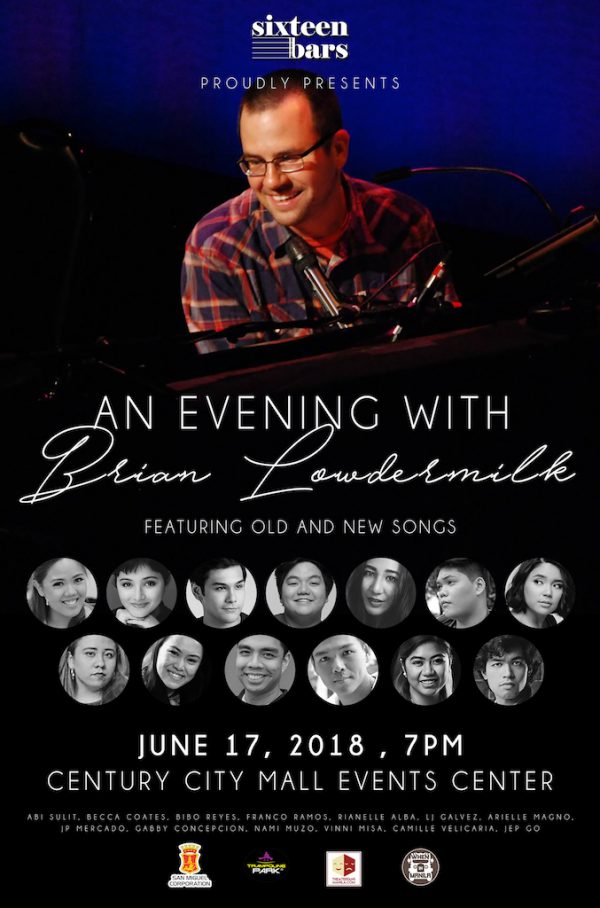 Next Applications for The Virgin Labfest 14 Writing Fellowship Program are now Open!