Set in 1980s New York City, a gay man is abandoned by his lover when he contracts the AIDS virus, and a closeted Mormon lawyer’s marriage to his pill-popping wife stalls. Other characters include the infamous lawyer Roy Cohn, Ethel Rosenberg, a former drag queen who works as a nurse, and an angel. 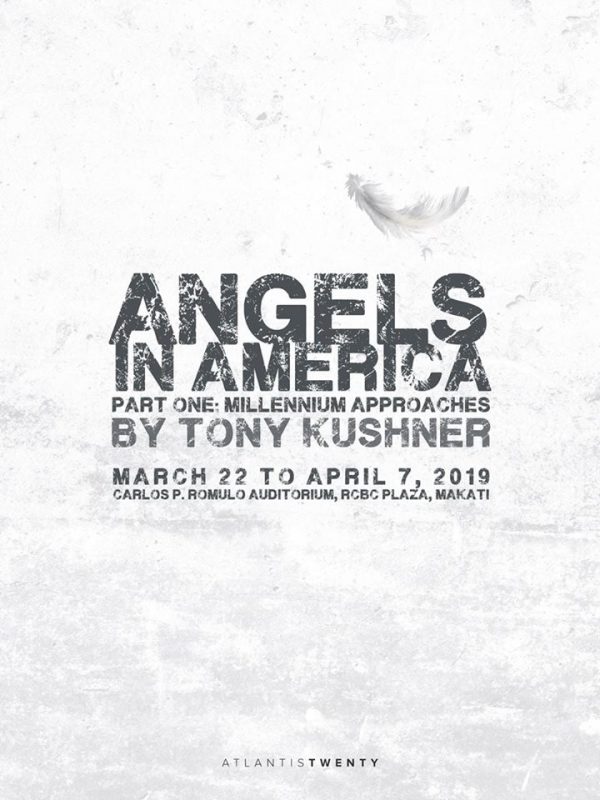 The 8-person cast includes Art Acuña as Roy Cohn, Topper Fabregas as Prior Walter, Angeli Bayani as Harper Pitt, Nelsito Gomez as Louis Ironson, Markki Stroem as Joe Pitt, Cherie Gil as Hannah Pitt, Andoy Ranay as Belize, and Pinky Amador as The Angel. The entire cast will also be playing multiple roles throughout the show.

This production will be directed by Bobby Garcia with set design by Faust Peneyra, lighting design by JonJon Villareal, projection design by GA Fallarme, costume design by Odelon Simpao (with Rajo Laurel as designer for the Angel costume), sound design by Glendfford Malimban, and hair and make up design by Johann dela Fuente.

The show will open in March 2019 at the Carlos P. Romulo Auditorium, RCBC Plaza, Makati.

Previous 'Dear Evan Hansen' is Coming to the Big Screen

Next 'This Is War' Staged Readings this January