‘Ang Larawan’, the Filipino musical film based on National Artist Nick Joaquin’s three-act play, ‘A Portrait of the Artist as Filipino’, makes its world premiere at the 30th Tokyo International Film Festival (TIFF) to be held from October 25 to November 3. The TIFF is one of the most competitive film festivals in Asia and is the only Japanese film festival accredited by the 84-year old International Federation of Film Producers Associations based in Paris.

‘Ang Larawan’ stars Rachel Alejandro and Joanna Ampil as the Marasigan sisters Candida and Paula, who struggle through financial difficulty following the hibernation of their painter-father Don Lorenzo Marasigan. To augment the meager allowance from their older siblings, the two take in a boarder, the pianist Tony Javier played by Paulo Avelino, who insists on brokering the sale of Don Lorenzo’s last masterpiece. 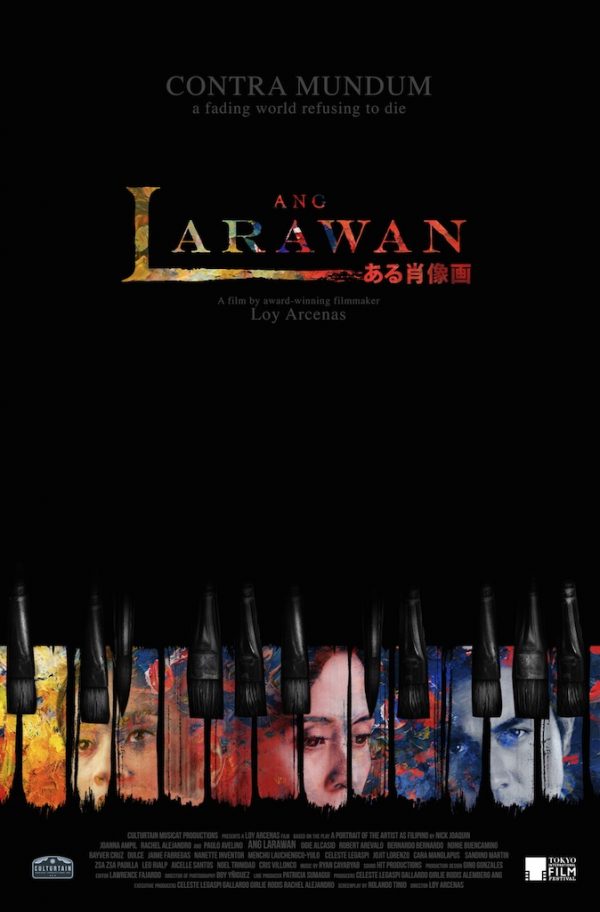 The movie is produced by Culturtain Musicat Productions; it is the third full-length feature film of Broadway production designer-turned-director Loy Arcenas. The musical’s libretto is by National Artist for Theater and Literature Rolando Tinio, while the music is by renowned Filipino composer Ryan Cayabyab.

“I am thrilled to have the Asian Future Film section of the Tokyo International Film Festival introduce to the world some of the very best actor-singers of the Philippines today!” says director Loy Arcenas.

For Rachel Alejandro, who, along with Girlie Rodis and Celeste Legaspi, serves as executive producer, the TIFF selection is an affirmation of the quality of Filipino films and music. “What sets ‘Ang Larawan’ apart is that it not only highlights our excellence in filmmaking and acting, it puts original Filipino music in the spotlight for the first time. If there is anything I would love for the world to identify us Pinoys with, it’s our exceptional musical abilities.”

Alejandro, along with Arcenas, Rodis, Legaspi and producer Alemberg Ang are flying to Tokyo for the festival. Filipino designers Paul Cabral and Francis Libiran have been tapped to provide their Filipiniana inspired gowns.

For more information about ‘Ang Larawan,’ check out Ang Larawan The Movie on Facebook and anglarawan.com. To learn more about the finalists for the Tokyo Film Festival, visit http://2017.tiff-jp.net/en/.