Ely Buendia is returning to the Newport Performing Arts Theater for a repeat performance of his concert, Ely Buendia: A Night at the Theater, last December. 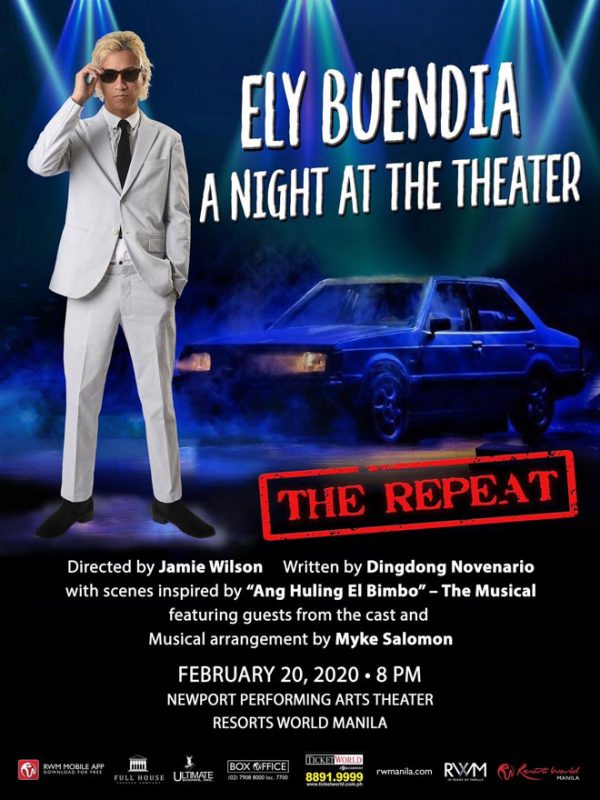 Buendia will also be accompanied by his band members Nitoy Adriano, Audry Dionisio, Pat Sarabia, Carissa Ramos, and Joseph Cabanero, along with the Manila Philharmonic Orchestra. The show will be directed by Jamie Wilson, with contributions by Ang Huling El Bimbo musical director Myke Salomon, and playwright Dingdong Novenario.

Ely Buendia: A Night at the Theater will run on February 20, 8pm at the Newport Performing Arts Theater of Resorts World Manila

‘Lapulapu’ and ‘Noli Me Tangere’ Musicals to be Staged Soon

‘The Aristocats’ Movie to Get Live-Action Remake