These student organizations will be producing a trilogy production, a theater festival, and a series of Filipino plays online this March. 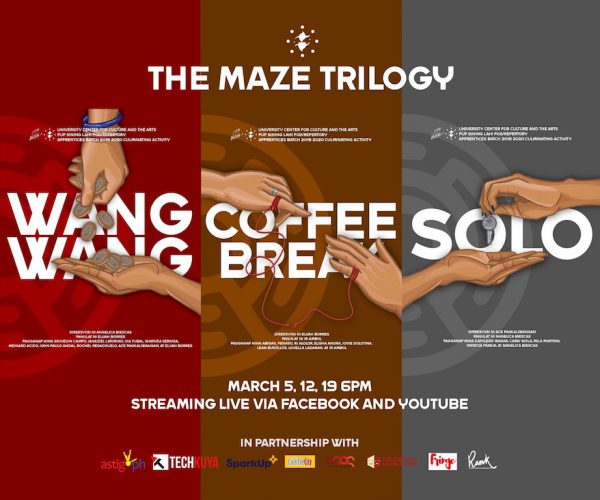 A trilogy production featuring original scripts— Wangwang, Coffee Break, and Solo, will be livestreamed on March 5, 12 and 19, 2021 at 6:00PM on PUP Sining-Lahi Polyrepertory’s Facebook page and YouTube account.

Wangwang, written by Elijah Borres and directed by Angelica Biescas, is about an online group job interview gone wrong with the select residents of Tondo and their beloved barangay officials. Coffee Break, written by JR Ambol and directed by Elijah Borres, is set in a webinar arranged by Ate Baby, wherein former internet sweethearts, Jan and Andy, reunite on a chance encounter. And lastly, Solo, written by Angelica Biescas and directed by Ace Pagkaliwangan, is about the confrontation of two tenants with their landladies. With the same unit but with different situations, Jenny and Hazel will take the matter onto their own hands.

The shows are free to stream and will last for 48 hours. 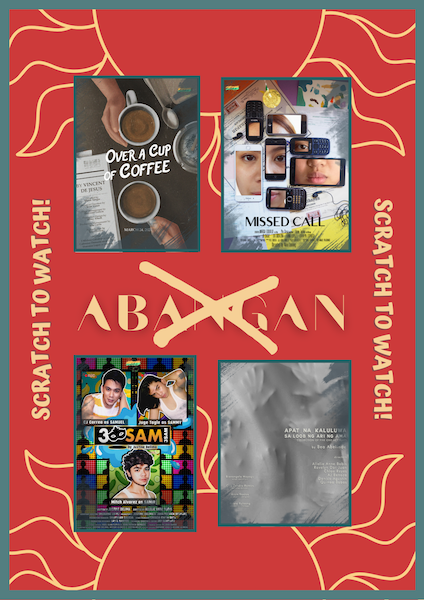 Entablado 3 is an online theater festival by the students, for the students. The titles include 3SAM by Justine Delima, Apat na Kaluluwa sa Loob ng Ari ng Ama by Bea Abelinde, Over a Cup of Coffee by Vincent De Jesus, and Missed Call by Joanna Cadiz, Fiona Donzon, and Lana Lopez. The themes delve into raising awareness on the LGBT+ community’s struggles, mental health, grief, the battle against HIV/AIDS, alternate possibilities, moral responsibility, and redemption.

These productions are headed by the Bachelor of Arts (Theater Arts) and Associate in Arts (Theater) students of Batch 2019, assisted by Batch 2020, and guided by the upperclassmen and alumni of University of the Philippines Diliman.  The online theater festival will be live streamed via Facebook Live from March 24 to March 27, 2021 on the organization’s Facebook page. 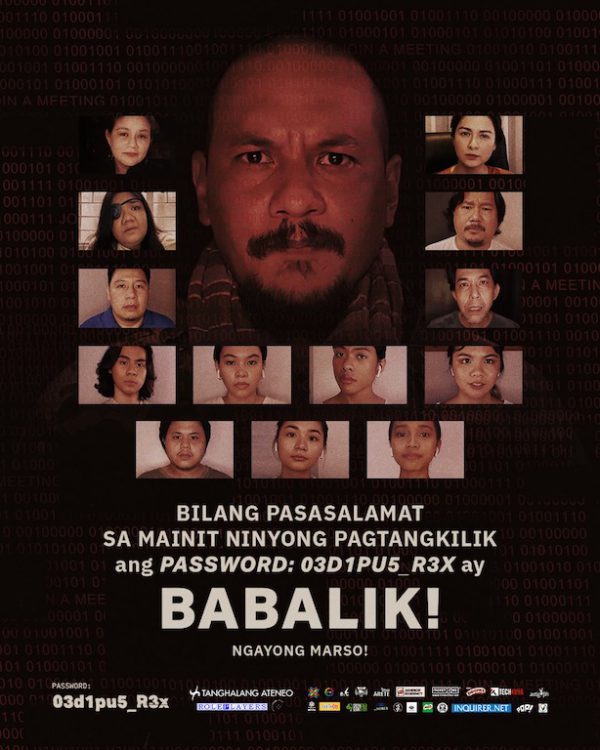 Now running from March 8 to 21, Password: 03d1pu5_R3x, is a present-day adaptation of Sophocles’ classic, Oedipus Rex. The production makes use of Rolando S. Tinio’s Filipino translation of the play, which is adapted and directed by Ronan B. Capinding.

The play takes place in a country struck by a pandemic, with Oedipus serving as the nation’s President. Faced with the need to resolve the murder of Congressman Laio, as well as determine where he is situated in the narrative of this crime, Oedipus sets out to unveil the truth, only to find out that the truth is not what he had envisioned it to be. 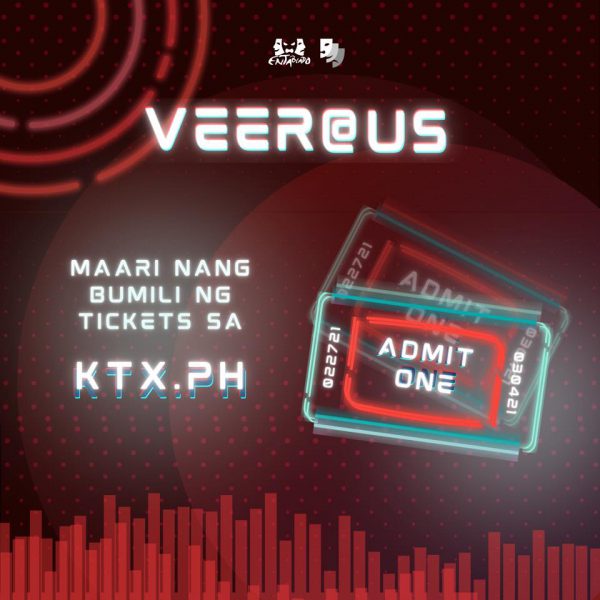 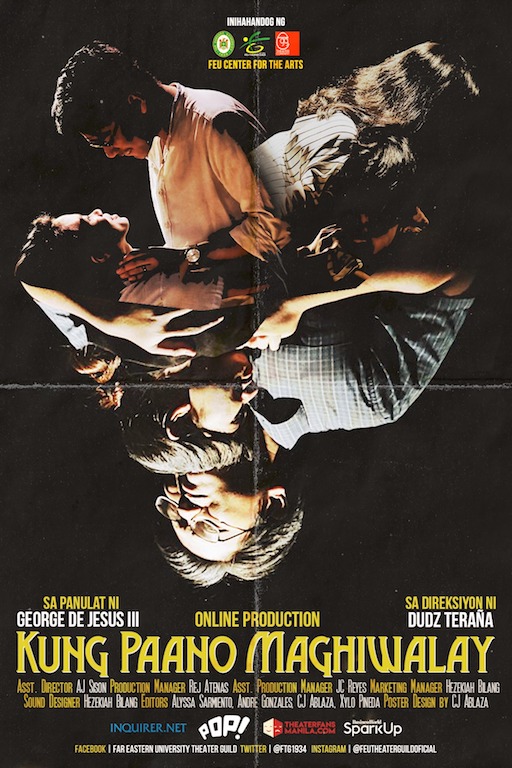 The play tells the story of 12 individuals whose lives are intertwined through their respective romantic advances and consequent breakups. It was previously staged by the student organization in 2019.

Next Studio Ghibli’s ‘Spirited Away’ to Get Stage Adaptation