Sometimes stories that have been written or told by people who have lived even before the rest of us were born transcend boundaries of time and civilization. In live theatre, revivals of well-loved productions are always a yearly staple, so producers and directors are always trying to re-imagine previous work in order to entice a new audience.

PETA’s latest offering The Tempest Reimagined, in partnership with the British Council, the Royal Academy of Dramatic Art, and The Japan Foundation Manila, is one that tries to relive two stories of the past: one is a figment of the imagination while the other is an account of a real-life event.

(READ: PETA Presents The Tempest Reimagined; a Filipino Adaptation of the Shakespeare Classic)

The first story is William Shakespeare’s The Tempest. Based on a real life catastrophe that hit London in 1610, the story is set on a deserted island that is currently under the rule of a sorcerer named Prospero. One day he calls on his air-spirit Ariel to cast a storm in the middle of the sea so that the passengers of a ship, including his brother and the Queen, would all be lead into the mysterious island. While on the island, Prospero plans to seek revenge over his suffering and isolation, which he believes was orchestrated by his brother Antonio, and the Queen Alonsa.

The second story is practically a collection of narratives of real-life survivors of Typhoon Yolanda, which was one of the most destructive typhoons that hit the Philippines last November 2013. Liza Magtoto (playwright) personally collected and transcribed interviews from survivors in Leyte Province, which were then injected into Shakespeare’s original text by Nona Shepphard (playwright and the show’s director).

Immediately, one cannot help but appreciate the sets created by designer Marsha Roddy. The stage, which resembles planks of wood that are washed in white paint, successfully represents the scenario in which each of these stories unfold – the enchantment and mystery lurking over Prospero’s island and the stillness in the Leyte province in the aftermath of Yolanda. The set was also essential in portraying the most haunting image on stage (with the help of lighting designer Tsuguo Izumi and sounds designer Teresa Barrozo) – a shanty (barong-barong as we call it in Filipino) built by the survivors themselves, crowded, but sufficient enough to provide the warmth needed by their weary bodies. The show closes with this image and it is well-remembered even after leaving the theatre.

As the play progresses, the audience has to muddle through two challenging aspects of this production – the shifts from one story to the other, and the actors speaking “old English” in one scene and in Filipino (or sometimes Taglish) in another. Yes, it offers a unique theatrical experience – some members of the audience were even fascinated by it – but it’s also what keeps the show incoherent. By and by it is apparent that the only thing that gels the two stories together is that both are instigated by a weather disturbance. The subplots added to make the Yolanda story more parallel to The Tempest came off as more deliberate than natural – two lovers, two weddings, and that moment where the characters of both stories end up in one scene.

Thankfully, this production boasts of a strong cast. In The Tempest, CB Garrucho’s portrayal of the power-drunk and vengeful Prospero is restrained, avoiding all clichés of powerful wizards being depicted in movies. Judging from the shrieks coming from the audience, the romance between Prospero’s daughter, Miranda (Yeyin Dela Cruz), and The Queen’s son, Ferdinand (Brian Sy), was one unforgettable moment in the show. Much of their affection is articulated in Shakespeare’s text, which were beautifully delivered by both actors.

Another strong performance is that of John Moran. His transformation from one role to another is truly note-worthy. In The Tempest, he is Caliban, the island-native who became Prospero’s slave, while in the Yolanda story he is one of those dressed as “Gods” trying to manage the influx of donations and financial aid. The decision to cast three actors to play the spirit Ariel (Ian Segarra, Noemi Gonzales, and Gio Gahol) is also one of the show’s good points because it rightfully mimics the spirit’s non-static persona.

As Yolanda survivors, Jenny Jamora (Alina), Meann Espinosa (Edith), Renante Bustamante (Diego), and Gabe Mercado (Papa Bons) collectively gave earnest portrayals. Although, it is easy to empathize with their characters because of their performances, the way their stories are presented makes it difficult to distinguish one from the other.

At best, the testimonies of Yolanda survivors make the story of The Tempest accessible to a local audience. The latter, on the other hand, breaks the monotony of the former. To be fair, Magtoto has developed a poignant story of anxiety, desperation, and hope. This narrative can in fact prosper into a full-fledged play. But, alongside Shakespeare’s text, it needs re-imagination to make it work. 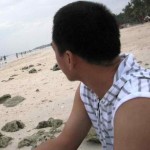 Next REVIEW: Succumb and Soar with ATEG’s “Fun Home”