Tanghalang Pilipino has just announced the full cast of Lam-ang. As previously reported, JC Santos will be playing the titular role, while Anna Luna will be playing his love interest, Ines Kannoyan. The role of Baglan/narrator, which was initially supposed to be played by Angeli Bayani, will now be played by Tex Ordonez-de Leon. 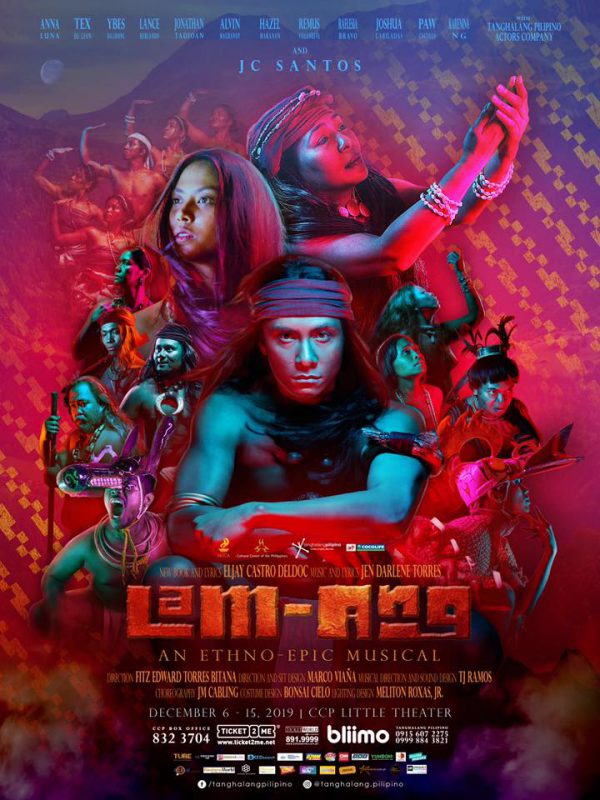 Based on the Ilocano epic Biag Ni Lam-Ang, Lam-ang is considered to be the first recorded Philippine epic in written form. The show is written by Eljay Castro Deldoc (new book and lyrics), with music and lyrics by Jen Darlene Torres. It is co-directed by Fitz Bitana and Marco Viaña (who also serves as set designer).

Next REVIEW: Some toil, some trouble in "Macbeth"