In the lobby of OnStage at Greenbelt, the theater that Repertory Philippines has come to know as home, the cast and director of Stage Kiss are gathered in a circle. In an hour, they’re set to start dress rehearsals, but not before speaking to TheaterFansManila.com and immersing themselves in a conversation about theater, film, and the line between art and reality that, for actors getting ready to do a show, gets increasingly blurred by the minute.

They arrive in trickles. First, it’s Carlos Siguion-Reyna—Carlitos as he is fondly called—the show’s director, along with Liesl Batucan, who is embarking on her first year as the theater company’s Artistic Director. They are joined by Andres Borromeo, then Tarek El Tayech, Robbie Guevara, Justine Narciso, and Jamie Wilson. Missy Maramara soon follows after a couple of bars onstage, with Nick Nangit and Mica Pineda rounding out the cast.

The group’s chemistry is easy and palpable, and watching and listening to them talk about the show’s themes and their favorite lines, one cast member interjecting after another, is a treat. It makes sense—after all, how each cast member plays off the other is something that had been crucial to the casting process. “We were casting relationships, not just individuals,” says Carlos.

The show’s premise is simple enough. It’s a play (and within it, another play) that explores the blurred lines between illusion and reality. Ex-lover actors find themselves having to play opposite each other and share a stage kiss — or, perhaps, a real one. Of course, throughout the play’s two hours, awkwardness, romance, and hilarity ensue. The show’s protagonist, simply named “She,” is played by Missy Maramara. She’s a stage actress in search of authenticity and is trying to figure out who she really is. Her former flame, named “He,” on the other hand, is played by Tarek El Tayech, who reunites here with Missy and Robbie Guevara (who plays the Husband) after magnificent turns from all three in Stop Kiss last year.

There is definitely truth to Ruhl’s writing, as Carlos reveals that during the rehearsal process, things that were happening in the play were happening to them as well. “That’s the irony of it,” he laughs. We ask: Has any of the cast ever had to toe the line between art and reality?

Their answer is a resounding yes. It’s easy for things to get muddled, but for Tarek, one thing is crucial. “If you know who you are, and you know the work that you’re doing, it’s not going to be that difficult.”

Jamie, who plays the Director, agrees. “I think what Tarek said about knowing yourself is very important for an actor because if you know yourself really well, then you can become somebody else, and then you have a way back.”

“Missy and I were just talking about this backstage,” adds Justine. “Whenever she does a play, she says, they manifest somehow in her real life.”

Carlos admits that prior to being asked to do Stage Kiss, he hadn’t been familiar with Ruhl’s work. As he delved deeper into the material as well as her philosophy on theater, he’s come to learn more and more about her as a playwright, and injects that newfound knowledge into his directorial choices. He muses about Ruhl’s talent for stringing words together. “She’s also a poet,” he says. The way she puts words together—it’s amazing. She can distill the experience in a few words.”

Missy recites a line from the play, which we’ll keep to ourselves for now—you’ll have to watch the show to hear it—and she sighs a deep sigh of contentment. Here is an actor savoring every moment of the show she’s part of, and the joy on her face, as well as the rest of the cast’s, is infectious.

Nick Nangit, who makes his stage debut in this production, comes from the world of music and is in awe of how actors can memorize all these long strings of dialogue. “That was my first question: How do you memorize these things? Missy tells me, ‘Don’t you also memorize the music?’”

It’s not about remembering, the actors all agree. It’s about listening—and listening in real time. Stage Kiss is very much an actor’s play. The cast reflects on the very specific actorly things that take place in the show, including a rehearsal scene. They’re incredibly excited to show the audience what a rehearsal process can look like. Oftentimes, a theatergoer only ever sees the finished product, the run that’s polished and refined. Here, audiences will be treated to the closest thing to a behind-the-scenes look in the making of a play. One stage direction explicitly even says, “Actors being actors.”

“Sounds derogatory,” Jamie quips. The rest of the cast erupt in laughter.

“It’s about theater,” Missy says of Stage Kiss, “but it’s not just about theater. Romance is not repetition. It’s kilig and all that. Marriage is repetition. It’s waking up day after day, knowing that you can do better today. I think that’s theater. It’s both romance and marriage. It’s transient, it happens in the moment, but at the same time, the next day, you repeat it, hoping that you’ll do better.”

For all the show’s commitment to being meta, of course it will feature actors acting badly. In the 1930s melodrama they come to stage within the play, the actors are dreadful, and Missy enjoys that thoroughly. “I really like playing bad actress roles,” she says, “because they’re so human.”

And that perhaps is the essence of Stage Kiss. Its humanity comes to the fore, amidst all the roaring comedy and unexpected twists and turns. It is, without a doubt, the perfect kickstart to a new theater season and, most of all, a new decade.

Stage Kiss opens on February 7 at Onstage Greenbelt and will run until March 1. Tickets are available via Ticketworld. 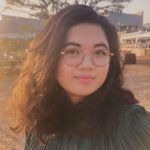 Next WATCH: A Quick Minute with Gab Pangilinan