When we fall in love, it’s called ‘Destiny,’ but how come no one calls it ‘Destiny’ when we’re all alone?”

Sounds like a quotable quote from another hugot movie, but it’s one of those memorable lines in Upstart Productions and The Mind Museum’s first collaboration.

Love/Sick, a John Cariani play directed by Joel Trinidad, is a dark and bittersweet comedy that delves into the concept of falling in love, being in love, and staying in love. Using a series of nine loosely interconnected vignettes to portray various stages of love–from that first rush you have when falling in love for the first time, to that moment when you decide either to fall out of love and part ways or find a way to make things work, Love/Sick particularly examines the “Happily Ever After” aspect of a relationship, where Love goes on or Life goes on. And when Love is lost, it’s possible to find it again in the least likely places.

It is said that all romantic relationships we encounter in our lives help define our perception on what Love is. We all start off as hopeless romantics ready to embark on an adventure to find “The One,” and eventually turn into hopeful romantics or jaded ice kings and queens, depending on the people who come into our lives.

Love is never really Black or White, but with hints of color, as expressed in the creative minimalist set design. And just like this play, Love is a Feeling that’s greatly open for interpretation. There’s at least one vignette that everyone can relate with.

For those who are single, the play provides a glimmer of hope–that it’s okay to fall in love, despite Love being a scary and unknown feeling. It encourages everyone take that leap of faith into the Unknown, and give Love a chance. For those who are currently in relationships or are married, the play leaves an opportunity to reflect on the state of Love in their lives. Are you happy, bored, or merely seeking companionship? Are you aligned with your partner on the kind of life you would want for both of you? Have you been too involved in the relationship that you have forgotten your sense of self or ignored the red flags in a relationship? Is it possible to fall in love with someone, but not want to spend the rest of your life with him/her? Not everyone will get their “Happily Ever After” ending. In the words of Joel Trinidad during the press preview, “If you watch the play (with your loved one) and you break up (after watching the play), you’re bound to break up anyway.”

The cast made sure to powerfully convey those messages through emotionally-charged performances: Teenee Chan and Bibo Reyes opened the play with a light, flirty, and innocent exchange between a man and a woman, reminding us all how it feels like to fall in love for the first time. In the second vignette, there is tension felt when the Singing Telegram Man (Onyl Torres) sings a love telegram to a hopeful Louise (Mica Pineda), only to leave her filled with grief and heart shattered into pieces. Mica Pineda wonderfully conveys the sadness upon receiving the singing telegram. On the third vignette, Noel Rayos gives one vulnerable performance as he portrays Andy, a man who is so afraid of falling in love that he tries to end things before they even begin. Joel Trinidad and Rachel Alejandro perfectly portray the roles of two couples in two separate vignettes—one couple who realizes that they don’t want to get married and another couple who have been married for years but never realized how different their wants in life were. Another memorable performance would also have to be the vignette of a married couple stuck in a rut (played by Nicky Trivino and Noel Rayos) and are looking for some excitement.

The vignettes were cleverly written and directed, seamlessly going from one short story to another. It’s interesting to note how all the vignettes come together to set the tone for the final one, which ultimately summed up the lifespan of a relationship.

Just like the many feelings that come with the various facets of Love, people may either be thankful for the romantic love that they currently have in their lives or further fuel the hugot that they have from heartbreak after watching this play. Be it feeling hopeful, hopeless, in love, or heartbroken, one thing that can be agreed on is that Love/Sick is an enjoyable play that will definitely touch your soul and make you reflect on the quality of Love in your life.

As they would say, falling in love and staying in love is always a choice. Make a choice by spending a night in the museum auditorium with someone you love or want to make new memories with. With this stellar cast’s powerful and emotionally-charged performances, cleverly-written script, and creative minimalist set pieces, you’ll surely want more from where that came from.

Catch the rest of the shows on August 12, 13, 14, 19, and 20 (Fridays at 9 pm, Saturdays and Sundays at 8 pm) at the Mind Museum Auditorium, J.Y. Campos Park, 3rd Avenue, Bonifacio Global City, Taguig. Tickets are sold at P500 each. For ticket and show buying information, contact Upstart Productions at 09178116156 or upstarttickets@gmail.com. 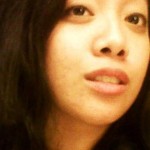