Gerald Santos, who played Thuy in the Miss Saigon UK/International Tour, is back for a homecoming concert at The Theatre at Solaire this May.

Santos played exactly 553 performances as the young Vietcong who was betrothed to his cousin and main protagonist, Kim. He joined the company in May 2017 and performed in 14 venues across the UK, Switzerland and Germany. 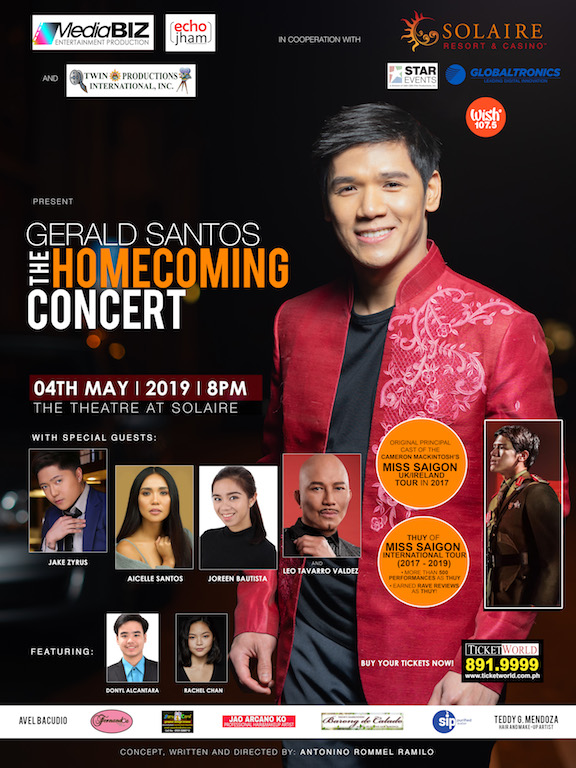 Joining him as special guests for the concert are Filipino co-principal cast members Aicelle Santos (who played Gigi), Joreen Bautista (who played alternate Kim), and Leo Valdez (who played The Engineer), who will all be performing in a special suite from Miss Saigon. Also featured are Jake Zyrus, and two up-and-coming teen artists, Donyl Alcantara and Rachel Chan.

Next REVIEW: An “Angels in America” on clipped wings