As previously reported, the Company of Actors in Streamlined Theatre (C.A.S.T.), will be staging a series of staged readings once a week over the course of four weeks starting this January 13, 2019.

The group, which is composed of six professional actors and one professional writer– Nelsito Gomez, Sarah Facuri, Mako Alonso, Jill Peña, Maronne Cruz, Reb Atadero, and Wanggo Gallaga, has revealed the cast members for the four readings. The titles of the plays will be revealed at the venue.

The first staged reading, which will be held on January 13 at 7pm, will feature C.A.S.T. co-founder Sarah Facuri, Bituin Escalante, Gabby Padilla, and Jenny Jamora. It will be directed by Jill Peña and Maronne Cruz. 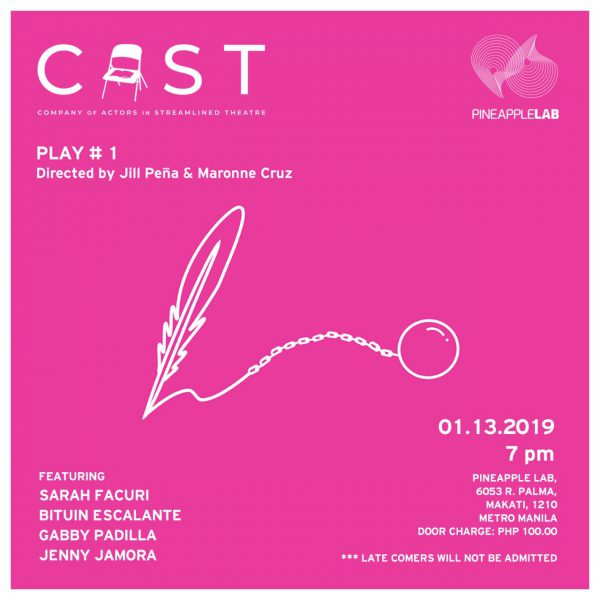 The second staged reading, which will be held on January 20 at 7pm, will feature Luis Marcelo, Tarek El Tayech, C.A.S.T. co-founder Maronne Cruz, Jeremy Domingo, Kiefer Sison, and Diego Aranda. It will be directed by Nelsito Gomez and Sarah Facuri. 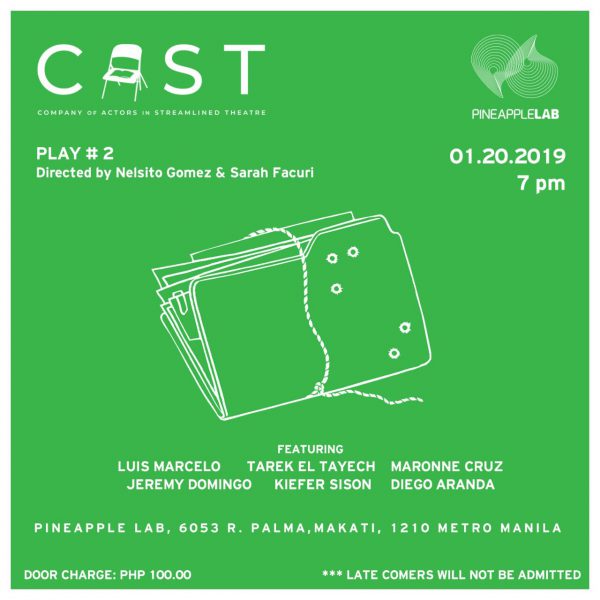 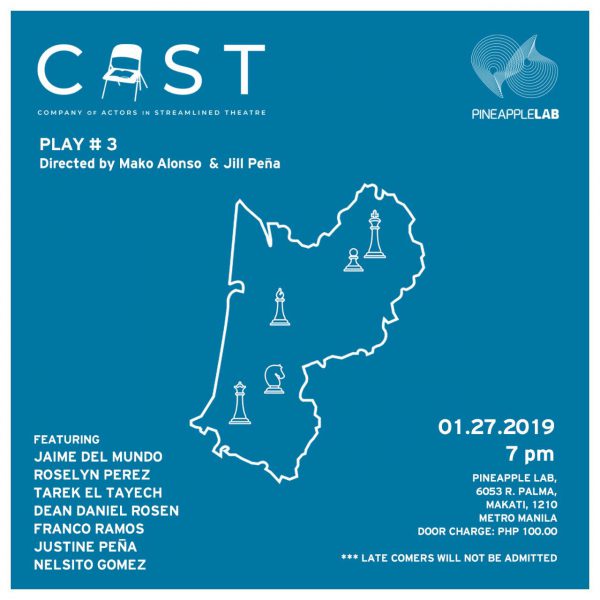 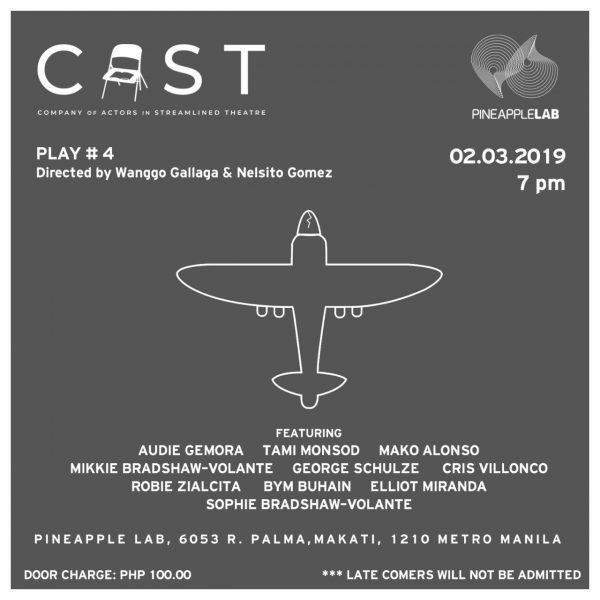 The group says that four plays hope to remind audiences of the egregious faults the world has made while inspiring them with stories of resilience and perseverance in the face of hopelessness. All performances will be held in PINEAPPLE LAB, 6053 R Palma, Makati, 1210 Metro Manila. There will be a door charge of 100 pesos.

*late comers will not be permitted.

This season is presented in partnership with PINEAPPLE LAB.

Next 20 Homegrown Performers in International Shows