As part of  PETA’s digital festival, K.E.-POP: Kalinangan Ensemble-Performers Overcoming a Pandemic, the theater company will stream one of its hit musicals, Liza Magtoto and Vincent De Jesus’ Care Divas.

Care Divas is a gut-wrenching and bittersweet story about five gay overseas Filipino workers based in Israel who work as caregivers in the morning and transform into glamorous drag queens at night.

Available from November 27 to December 7, you can purchase tickets for the online stream via KTX for Php 220.00. 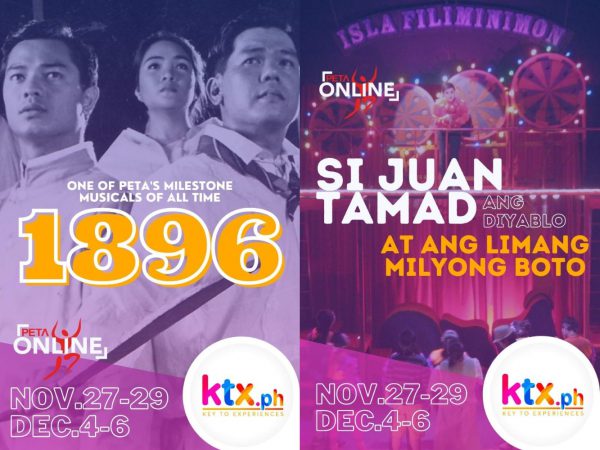 Along with Care Divas, PETA is also streaming the voter’s education musical, Vincent De Jesus’ Si Juan Tamad, Ang Diyablo, at Ang Limang Milyong Boto, and, for the first time on screen, the historical and landmark musical, 1896 – PETA’s first and only sung-through musical, which tells the story about the Philippine revolution, written by the late Charley Dela Paz and with music by Lucien Letaba.

Tickets for the two other shows and the rest of the K.E.-POP lineup are now available via www.ktx.ph.

Previous Gerald Santos is Streaming a Concert This Month!

Next Hamilton's "Wait For It" on Netflix's 'Song Exploder'