Manila, March 2016 – Manila, are you ready to live life in full color? Lunchbox Theatrical Productions is pleased to announce the wildly popular, award-winning production and international entertainment phenomenon, BLUE MAN GROUP will be coming to Manila this September 14, 2016—playing for only two weeks!

Best known and recognized for the trio of bald and blue performers, the acclaimed BLUE MAN GROUP stage show promises an outrageous evening of entertainment and will perform at The Theatre at Solaire. Tickets will be going on sale this March 8, 2016 at 10AM, PST.

BLUE MAN GROUP is comedy, theatre, rock concert and dance party all rolled into one. Elements of the show include a combination of science, comedy, music and vibrant visual effects—providing audiences with a fully immersive audiovisual experience complete with electrifying music, sensational technology, and signature interactive experiences. Having performed their first show almost 25 years ago, to date, over 35 million people across 15 countries have seen one of the various BLUE MAN GROUP productions.

Nick Grace (Co-Producer) says “We are absolutely thrilled to be bringing the BLUE MAN GROUP World Tour to The Theatre at Solaire in Manila. I came to Manila in 2012 with the International Tour of MAMMA MIA! and it was such a wonderful experience I’ve been looking forward to bringing another show to this amazing city. The Manila audiences are so enthusiastic and vocal in their appreciation I have no doubt that they will enjoy the season almost as much as we will enjoy presenting it!”

“…..like nothing you have you’ve ever seen before”- The Mirror UK

The BLUE MAN GROUP show takes the audience on a journey that is funny, intelligent and visually stunning, culminating in the trademark BLUE MAN GROUP finale in a blissful party atmosphere. The trio is accompanied by a live band whose tribal rhythms help drive the show to its unforgettable climax.

BLUE MAN GROUP was founded by three close friends, Chris Wink, Matt Goldman and Phil Stanton, in New York in 1991. It has grown to include permanent shows in New York, Las Vegas, Orlando, Chicago, Boston and Berlin, as well as a touring production in North America.

Co-founder Chris Wink says “When we first began creating performances centred on this innocent, curious character called Blue Man, we never dreamt where he would lead us. We are so honoured to be able to share our show with the people of Singapore and beyond. We believe the Blue Man’s universal message of joyful exuberance and euphoric celebration resonates within all of us.”

Beyond the stage show, BLUE MAN GROUP has toured the globe with the ‘Megastar World Tour’ rock concert parody, and produced numerous albums, including the Grammy-nominated Audio, and the upcoming studio album, THREE.

Producer and CEO of Lunchbox Theatrical Productions, James Cundall said “I have been trying to get this cooler-than-cool show to Manila since I first saw it years ago, and I am so excited that we have finally succeeded! BLUE MAN GROUP is hugely popular around the world – first time audiences leave the theatre so exhilarated by the show that it has one of the highest return businesses of any theatrical event. I know it will be the talk of Manila and around the South East Asia region when audiences finally get to experience this innovative, playful, colorful spectacle.”

Click here for a summarized version of this event.
For more details about what’s happening in the Manila theater scene, please view our Theater Calendar.

Next Dulaang UP Calls for Help Amidst Tragic Fire 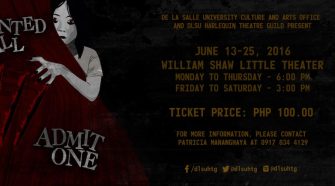 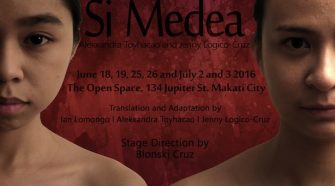 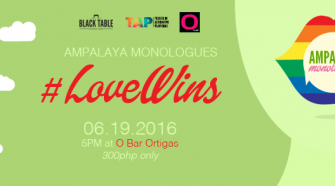