Get a chance to win priceless theater experiences with Philstage Auctions!

The Philstage Auctions is a fundraiser for Philstage’s 2020 programs and advocacies. Audiences may place their bids starting this weekend at the theater lobbies of the venues playing host to this season’s Philstage productions. Participating venues include Onstage Theater, PETA Theater Center, Maybank Performing Arts Theater, Tanghalang Aurelio Tolentino (CCP), and Aliw Theater. Audiences may also place their bids online via the Philstage Facebook page.

Each auction item has a starting minimum bid, and a deadline for the final bid. Participants with the highest bidder will be notified immediately if their bid has been topped, for which they will be given the opportunity throughout the duration of the auction if they’d like to increase their bid. 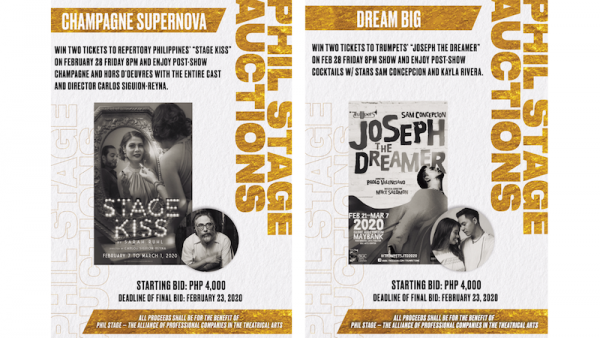 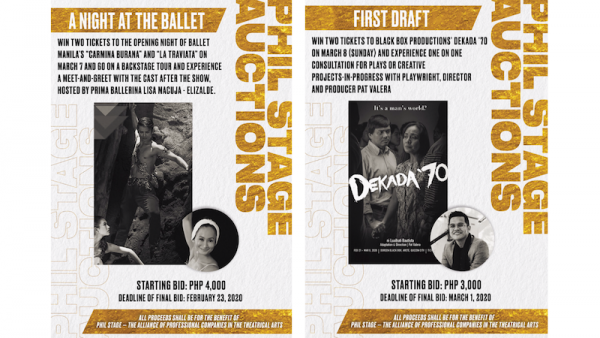 A NIGHT AT THE BALLET:
Win two tickets to the opening night of Ballet Manila’s “Carmina Burana” and “La Traviata” on March 7 and go on a backstage tour and experience a meet-and-greet with the cast after the show, hosted by prima ballerina Lisa Macuja – Elizalde.
Starting Bid: P4000
Deadline of Final Bid: February 23
WORD ON THE STREET:
Win two tickets to Black Box Productions’ “Dekada ’70” on March 8 (Sunday) and experience a one on one consultation for plays and creative projects in progress with playwright, director, and producer Pat Valera
Starting Bid: P3000 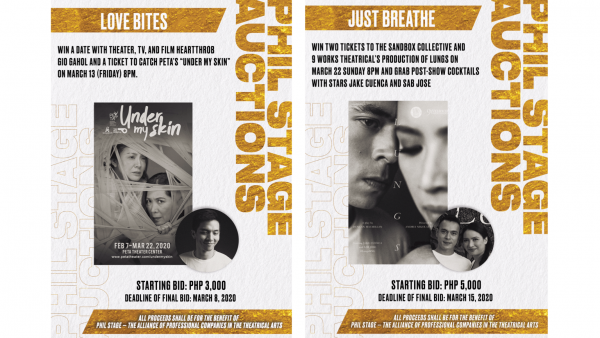 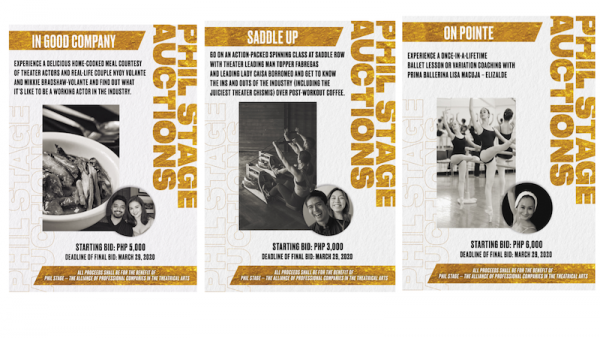 Previous REVIEW: “Under My Skin” is the sex education we deserve

Next WATCH: A Quick Minute with Myke Salomon