Let’s pull the curtains back a bit.

For Valentine’s Day, the plan was to create a list ranking the grand romantic gestures in musicals from best to worst. It was to celebrate the season by finding theater versions of rom-com staples.

The problem is, the Power of Love doesn’t do squat in musicals. In fact, love tends to hurt far more than it helps. That, or the characters we love on stage just aren’t great at being regular, functioning, non-psychotic human beings. With a few exceptions (Fiyero and Elphaba, maybe Satine and Christian), there’s not a lot of healthy relationships to swoon over.

This is a deep dive into the muck instead. Below is a list that ranges from misunderstood creeps to legit scum of the earth, all sharing the same excuse for their actions: they did it all for love.

Oh, and if it wasn’t clear: MAJOR SPOILERS for the listed musicals. Most of them should be familiar through cultural osmosis, but for reference, the most recent ones are Waitress and Hadestown. Continue at your own risk.

11. Ogie (Waitress) persuading Dawn to give him a chance

Ogie should be protected at all costs. That said, going to someone’s place of work to ogle them and then refusing to leave when they ask – “never ever” leaving at that – is a special kind of crazy. Adorable in his case and his case alone.

It’s less like sending a pic of your junk to a girl online, and more like persisting to message a Tinder match after they’ve ghosted you. Mostly inconvenient instead of plain gross, but unsolicited all the same. He means well and Dawn absolutely needed the push to open up, but…

10. Jeremy (Be More Chill) changing himself for Christine

The Squip gave Jeremy the My Fair Lady treatment. For love, he willfully ingests an unknown drug from Japan that he bought from the bully in the bathroom.

Please do not swallow strange pills you get from bullies, especially if they promise it’s some sort of microchip to make you cooler. The quirky theater you’re trying to impress did not ask you for this. Stan Christine.

9. Orpheus (Hadestown) letting Eurydice suffer the consequences of his insecurities

Humans are allowed to make mistakes. Humans born to creatures known for their fickleness should be, too. It just leaves an ashy taste in the mouth when Eurydice, bubbling with agency and making even the most painful decisions for herself, finds her fate sealed by someone else’s actions.

Girl spends most of the walk from Hades encouraging and reassuring Orpheus, only for him to waste her effort. For the record though: going to literal hell for her is the grandest gesture of all.

Loving them when they barely paid attention to you was fine and well. Doing nothing but love them despite the fact that you’re the go-between for their romance was sad but understandable. It’s bad enough to spend most days pining for him with no results, but did Eponine really have to sacrifice herself because she didn’t want Marius to die before her?

This is why you make everyone sad, Eponine.

This will be useful at some point. I just know it.

7. Dr. Pomatter (Waitress) cheating on his wife for Jenna

It’s hard to resist Dr. Pomatter’s charm: he’s a nervous wreck with jokes that make everyone uncomfortable, a doctor who often trips over his words, and he has an unapologetic sweet tooth. Still, when the man in question is (unhappily) married to a nice lady, resisting his charms is for the best. Jenna’s guilty of the same situation, but when Earl’s your husband, you might want to forget that you’re married too.

Jk, don’t normalize cheating, kids. Run far and fast away from your abusers.

6. Hades (Hadestown) building a capitalist imitation of the world for Persephone

Hades is a sweetheart–that’s the headcanon we’re going with. Out of all the gods, he’s the most decent one, but let’s face it: the bar is in hell. Heh.

He’s such a sweetheart that he tried to make a copy of the surface world for Persephone. There’s just the teeny tiny snag that his world’s running on exploitation and slavery. Plus, Persephone doesn’t even like it, so… Big L for Hades.

Maybe letting people think you’re the recently deceased bully’s best friend isn’t objectively worse than having slaves, but the focus is on love.

Hades’ intention was to make his lover happy. Evan’s (Dear Evan Hansen) intention gradually evolved to continuing the deception so he could get closer to Zoe, among other sick gains. Nevermind lying to this grieving, troubled family and hurting his amazing mom.

How many ways can you traumatize a girl?

First, enlist your friend’s help to catfish Roxane. Then, continue the deception until she falls in love and actually marries one of you. After you and your friend both kick it, leaving her alone, let her find out you loved her all along. Let her find out, too, that she’s been lied to her whole life and now has no means of addressing the fact. Good team effort, guys.

3. Rolf (The Sound of Music) keeping the Von Trapps’ location a secret

He already has dummy-thick clown makeup on without considering he ratted out the Von Trapps in the movie, so this point focuses on the stage version of him where he does the bare minimum and doesn’t endanger Liesl’s life. Satan Lite™️, as it were.

Pretty sure he let the Von Trapps go because he’s a coward. If you squint though, you can almost find reason to think he did it for Liesl. Christopher Fitzgerald’s Miscast performance of Rolf shows him as the “nice guy”, and it should be canon:

“I was a frozen lake / but then you melted me awake / see, now, I’m crying too,” are some powerful lines. It shows sympathy and a man’s unflinching expression of emotion. Too bad it’s immediately followed by murder.

Jason Dean (Heathers) is the romantic fantasy, a bad boy with a soft heart and solid devotion, except insane. This “Baudelaire-quoting badass” – the secondhand embarrassment for Veronica is still so strong, by the way – definitely just wanted to blow up the school, bullied girlfriend or not.

Cheated on his wives, check. Beheaded his wives because of their suspected adultery, hypocrisy check. Somehow punished Katherine Howard for her abuse, check. Pretty much treated wives 4-6 as rebounds because he “loved” Jane Seymour, check. Used his power to force these people to marry him, scum check check.

Aren’t they just dashing? Which romantic lead would you love to hate this Valentine’s Day? 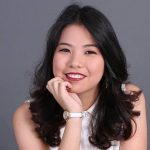 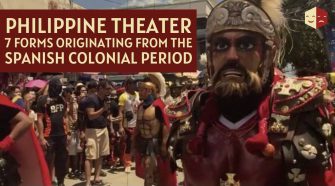