As previously reported, the principal cast of the OPM musical Ang Huling El Bimbo is coming together on stage for a live concert at the Newport Performing Arts Theater of Resorts World Manila on December 10, 2021 at 8pm.

The concert will also be streaming on ktx.ph but unlike what was previously announced, it will now be livestreamed two days after— December 12, 2021 at 8pm Philippine time.

The live concert, which marks the first theatrical performance in Metro Manila with a live audience since theaters were forced to shut down in March 2020, will have a 50% seating capacity. For adults, only the fully vaccinated ones will be allowed entry. They must present a vaccination card and a government ID together with their ticket. They must also keep their masks on at all times. Per IATF regulations, minors do not need to be vaccinated, but a 10pm curfew will apply for children 12 years old and below in Pasay City. 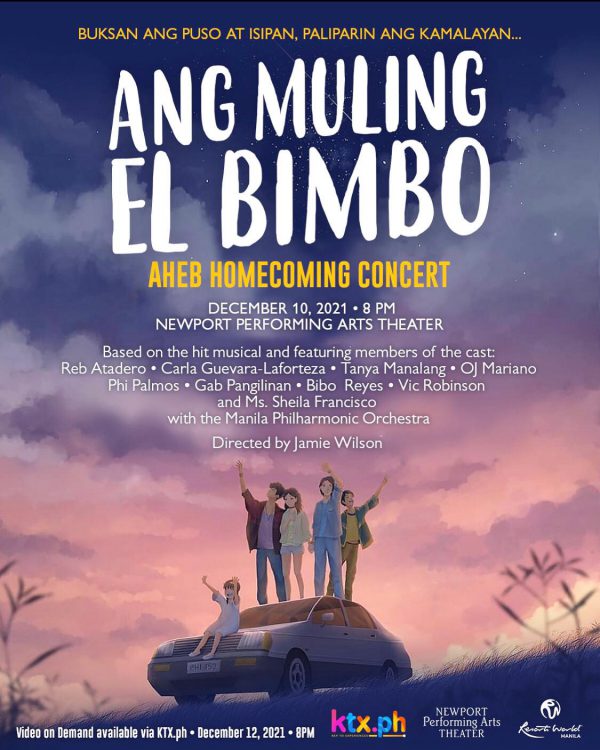 Audiences must be aware that this is not the same musical production that was staged live in 2018 and 2019 and streamed in 2020. The concert will follow another narrative that will be drawn from the experiences of the cast from the show, such as things that went on backstage and their journey towards opening night.

TheaterFansManila.com is selling tickets to the livestream on December 12, 8pm. You can message us on Facebook messenger (or even DM us via Twitter or Instagram), send us an email, or shoot us a text (+63 917 891 2300) for tickets. You can watch the show for P488.

Previous 7 Musicals for Kids to Stream