The show’s seven record-breaking seasons says it all — PETA’s Rak of Aegis has found its way into the hearts of theatergoers year after year. The musical’s success is not a fluke. Its popularity isn’t pinned on a single thing. The long-standing success of the show is also due to its relevance.

It’s no coincidence that the show’s first run was in 2014, one year after super typhoon Yolanda devastated communities across the country. It’s a story that told a Filipino struggle at that time. The musical’s protagonist, Aileen, was a young girl with big dreams of going viral. But her dreams are also a product of living amongst the vibrant folk of her perpetually flooding barangay.

Behind the curtain, it was years of advocacy work in areas very much like Barangay Venezia that led playwright Liza Magtoto and other PETA artists to assemble what would become the Philippines’ longest-running jukebox musical.

The roots of RAK can be traced to the founding of PETA’s advocacy arm, Lingap Sining. This lesser-known side of the company is headed by Gail Billones, a senior artist-teacher who started doing advocacy work in 1994.

Lingap Sining began as a children’s theater initiative supporting those affected by typhoon Ondoy in 2009. Billones, an expert in using theater as a tool in psychosocial relief, worked in schools and evacuation centers across Luzon to faciliate integrated arts workshops that educated kids on disaster risk reduction (DRR) and provided them a creative outlet to hold onto.

The Lingap Sining team conducted workshops from Tondo to La Union to Laguna as communities struggled to recover from the fast succession of typhoons. Playwright Liza Magtoto had joined the 2009 relief efforts as an annotator for the workshops, documenting psychosocial debriefings and interviewing parents in Biñan.

The experience sparked the idea for a show that would retell their stories. By the time super typhoon Yolanda hit in 2013, PETA was weighing the possibility of producing this new musical set to the tunes of Aegis.

Art grounded in the truth

Three weeks after Yolanda’s wrath, Billones, Villar-Lim, and other artist-teachers joined relief efforts in Palo and Dulag, Leyte. There, Billones worked full-time for another three years to create DRR initiatives and integrate it into schools’ curricula.

On the other hand, Villar-Lim proceeded to join the ensemble of RAK’s first run in 2014. She, along with other PETA artists, engaged with the locals of Sitio Paltok beforehand.

Sure enough, many elements of RAK were snapshots of PETA’s advocacy work, translated for the stage. For instance, Kapitan Mary Jane embodied local government officials who were able to learn from their mistakes and vulnerabilities.

But instead of limiting its plot to the struggle of an individual, RAK connects the dots. This is a story about the entirety of Barangay Venezia: about how a locale, bracing its shoe-and-sandal industry, rose above calamity.

After its three-year campaign in Leyte, the arm has done work in human rights education and youth leadership, helping those affected by the war on drugs and armed conflict. Now, online activities, talks, and workshops are held on Lingap Sining’s Facebook page to encourage youths to create and express themselves from home.

PETA hopes to champion the strength of the Filipino community and uphold its movement towards resilience in dealing with natural and man-made disasters alike.

As Villar-Lim notes, “As an actor, it’s important to know that you have a responsibility to represent your characters. There are situations unseen or invisible to the public that you, as an actor, are responsible na ikwento. Iyon ang mahalagang bitbit namin sa paggawa ng RAK. Hindi lang naman siya tungkol sa baha, o sa pagsikat ni Aileen. It’s really about how the community braves through their struggle.”

Correction: The original article wrongly stated a seamstress in Leyte as inspiration for the role of Aling Merci. It has now been edited, as the character was based on Biñan footwear makers. 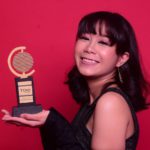