Update, 5/22/20, 12:40pm: ABS-CBN Star Hunt has just announced that the online event will be postponed until further notice.

The online initiative will feature the cast members singing the music from their homes, accompanied with live interactive segments and a few clips from the stage production itself.

The musical opened last March 7 at the Dolphy Theater, but the scheduled run was cut short due to the Covid-19 pandemic.

Tabing Ilog the Musical is based on the ABS-CBN teen drama TV series entitled Tabing Ilog, which aired from 1999-2003. The show featured John Lloyd Cruz, Kaye Abad, Patrick Garcia, Paula Peralejo, Paolo Contis, Desiree del Valle, Baron Geisler, and Jodi Sta. Maria. It follows the coming of age story of six teenagers who, though from different backgrounds, find comfort in each other.

Mga Awit Mula sa Tabing Ilog the Musical will be streaming this Friday, 8pm at ABS-CBN Network Facebook Page!  The proceeds of this project will go to the Open House fundraising project.

Next "The Sound of Music Live!" will be Streaming Online 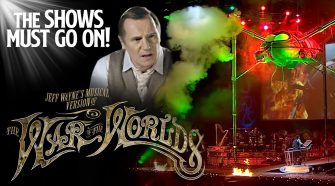 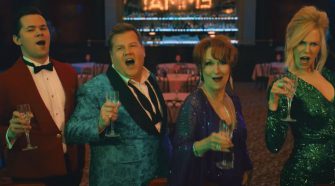