The live events industry has come together for a worldwide campaign.

Called Global Red, the international initiative was held last September 1 in an effort to raise awareness about the plight of the Live Events industry that has been widely impacted by the CoVid-19 pandemic. The peaceful campaign in lighting arts and music venues in red started with Night of Light last June 22, 2020 in Germany.

It quickly spread throughout the UK and Ireland through the campaigns called Light It Red and Red Alert with #WeMakeEvents. South Africa followed suit with #LightSARed. Last September 1, the North American leg commenced, headed by Live Events Coalition USA.

The National Live Events Coalition PH (NLEC-PH), the alliance of various sectors from the Live Events community comprising Theater and the Performing Arts, Freelance Creative and Production Workers, Social and Weddings events, Gigs and Music Festivals, AVL (audio video lights) coverage and staging / fabrication suppliers, Agencies and Activations, Concerts, Conventions, Tradeshows and Venues, which represents the industry in the Philippines and South East Asia, also occurred on that date to join the cause.

It’s a chilling sight to see the façades of the Cultural Center of the Philippines’ Main Building, Philippine International convention Center, Fort Santiago, De La Salle Universities and several establishments, and landmarks all over the Philippines illuminated in red. The local campaign kicked off with a ceremonial lighting of the CCP Main Building façade, followed by a convoy motorcade of technical service providers, from the CCP route via Roxas Boulevard to TM Kalaw, Manila. 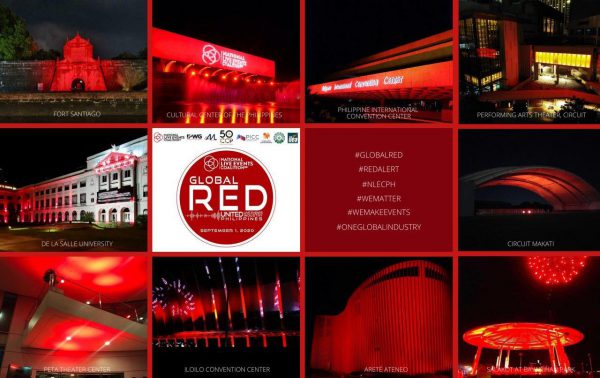 The Live Events industry is a wide network of collaborators – planners, organizers, suppliers, talents, and freelancers. The industry was the first to be impacted by the CoVid-19 crisis and is projected to be the last to restart around the world. NLEC-PH is the first multi-sectoral alliance in Asia formed in response to the COVID-19 pandemic and its critical impact on the live events
industry.

While the NLEC-PH has made strides in coordinating with the government (with DOT, DTI, DOH and the Congress) in seeking support for the industry, thousands are still unemployed and companies are still struggling.  Millions of our counterparts across the globe in the live events industry are currently seeking aid, unemployment benefits, and assistance from their respective
governments.

NLEC-PH is in solidarity with the following organizations and movements currently raising an awareness campaign about the plight of the Live Events Industry:

Next 'The Boys in the Band' Streams on Netflix This Month 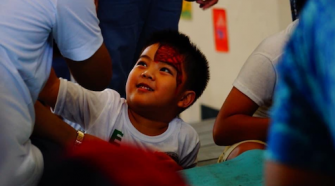