Spearheaded by PETA’s Lingap Sining arm, 3G, Connect!, which takes its title from the words PinangGalingan, Galing, and PagGaling, is a 3-day online festival that features performances from professional theater artists and musicians, keynote and inspirational messages from PETA’s partners and guests, and featured performances by PETA’s community partners developed from on-ground and online workshops.

Lingap Sining, known as PETA’s advocacy arm, started as a humanitarian response program to help communities recover from disasters. In recent years, the group has also been reaching out to communities in Metro Manila that have been greatly affected by violence, abuse, and killings, as well as to orphaned families who have suffered from psycho-social impacts caused by the trauma of losing a loved one and those who have undergone problems with livelihood and community stigmatization. Gail Billones, 3G, Connect!’s executive director and head of PETA’s Lingap Sining arm, shares the challenges that the communities have had to go through during the pandemic. 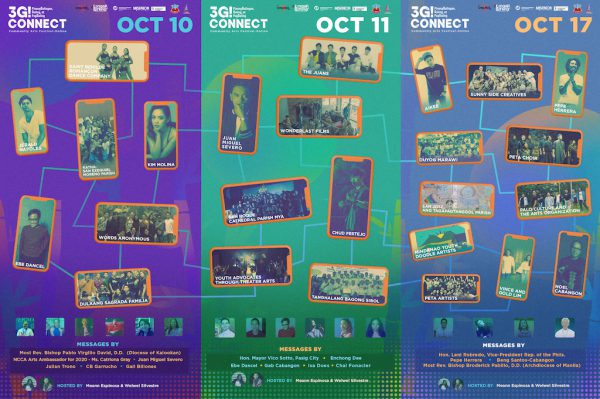 3G, Connect! is part of PETA’s Festival of Windows, a three-month long online arts festival that features multiple windows of stories and ideas presented through performances, workshops, lectures and other creative expressions. It aims to open windows for introspection, dialogue, meaning-making and imagination.

There are more things lined up for PETA’s Festival of Windows. Stay tuned as we make more announcements soon.