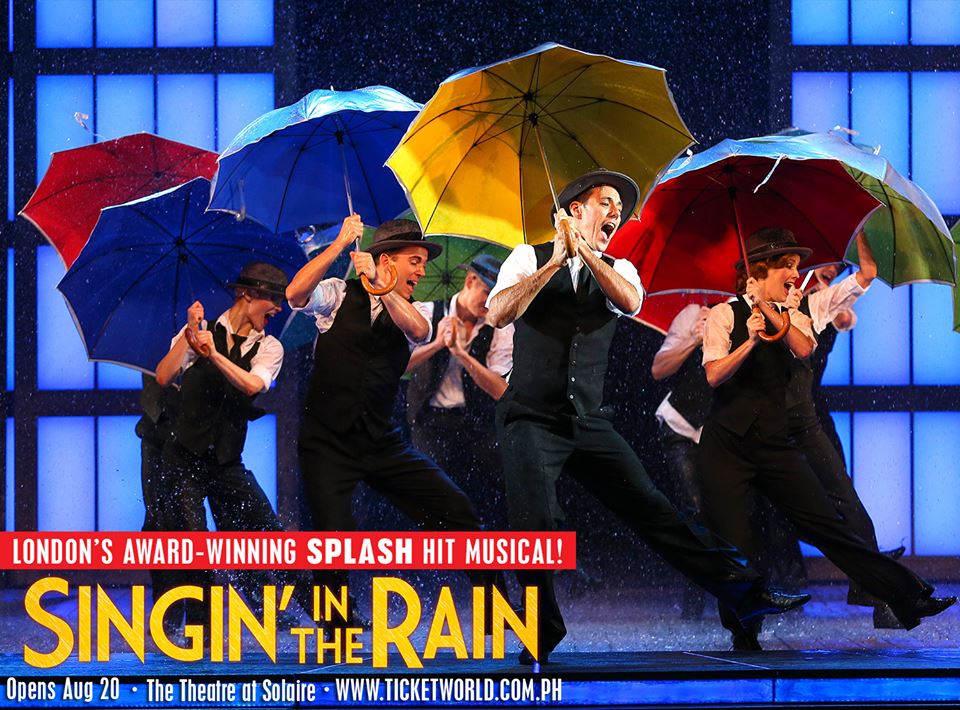 As this musical’s name would suggest, there is singing and rain and the two collide beautifully. From the producers of the box office triumphs CATS, Mamma Mia,ThePhantom of the Opera and WICKED, comes another critically acclaimed production from London’s West End –the ever-popular musical SINGIN’ IN THE RAIN. Co-Presented in Manila by VISAEntertainment, SINGIN’ IN THE RAIN will open on August 20 and play for a strictly limited season at The Theatre, Solaire.

Set in 1927, it tells the story, made famous by Gene Kelly and Debbie Reynolds in the iconic 1952 MGM movie, of the first Hollywood musical, when the silver screen found its voice and left silent movies –and some of its stars –behind. This spectacular production is packed full of the charm, romance, comedy and Tinseltown glamour of one of the world’s best-loved movies and features all the songs from the glorious MGM score including Good Morning, Make ‘em Laugh, Moses Supposes and the classic Singin’ in the Rain.