To celebrate two years of artistic bitterness, the team from Ampalaya Monologues have decided to double up the bitterness with a one-night only anniversary show “Ampalaya Dialogues #TwoIsBitterThanOne” on October 14 – Saturday from 7 pm – 10 pm at the PETA Theater Center located at Eymard Road, E. Rodriguez Q.C.

Ampalaya Dialogues #TwoIsBitterThanOne will showcase six short one-act plays that will feature two characters in each story. All of which are written by Mark Ghosn and will be performed by actors of Theatre in Alternative Platforms (TAP).

Known for being the country’s most popular venue for ‘hugot’ artistry, Team Ampalaya promises that this year’s feels-fest will still have those witty and relatable punchlines that are combined with unique, heart wrenching, yet entertaining stories. A formula that we’ve all been a fan of and has served as their trademark throughout the years. 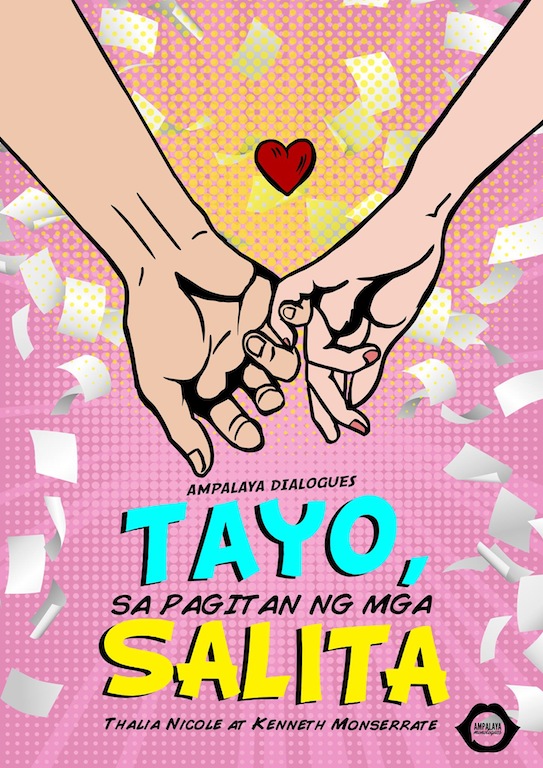 Starring: Thalia Nicole and Kenneth Monserrate
Drei and Alex are bandmates who are working on a spoken word and music collaboration for their upcoming gig. But what started as a collaboration session is slowly turning into confessions of hidden feelings that they can only express through poems and songs. Will they finally put a label on their relationship or will words get in the way? 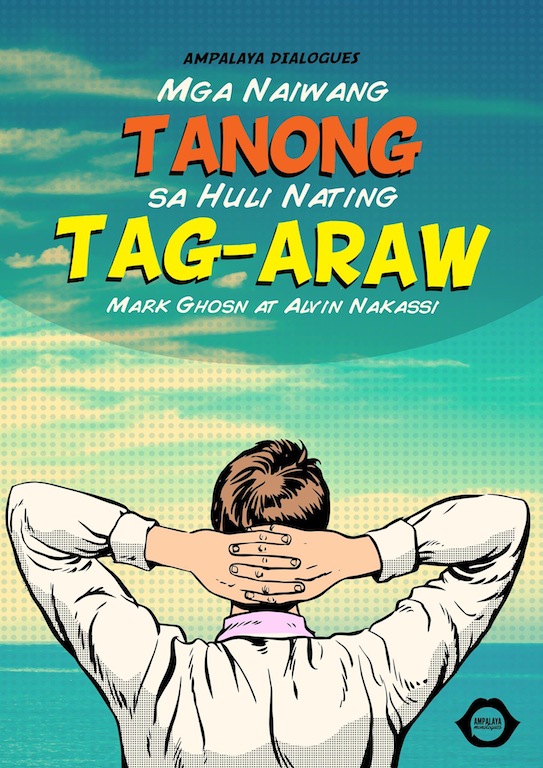 Starring: Mark Ghosn and Alvin Nakassi
College classmates Arman and Drew accidentally meet again 7 years after they last saw each other. They decide to reminisce about their friendship over wine and pasta. As they do so, untold stories from the past emerge, forcing them to face the feelings that they’ve been trying to forget since their last summer together. As the night goes by, will one unasked question finally get its long awaited answer? 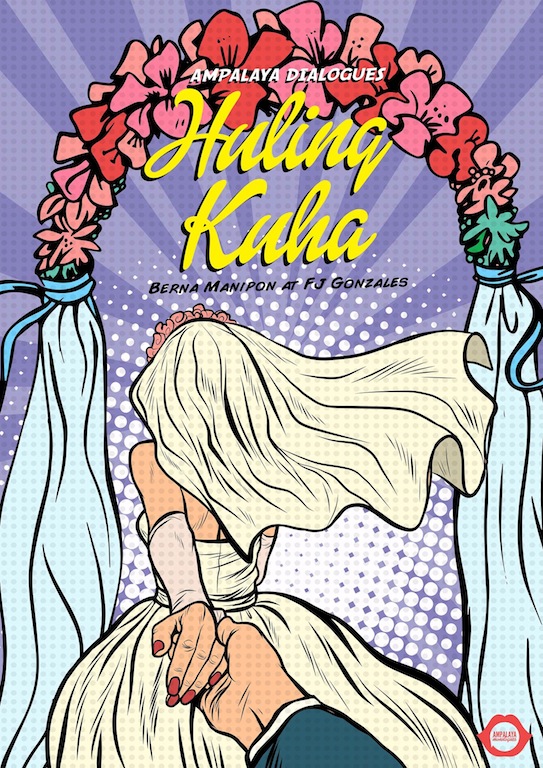 Starring: Berna Manipon and FJ Gonzales
On the day of their pre-nup shoot, law students Arthur and Dawn find their relationship in the middle of a trial. As evidences emerge and allegations are thrown at each other, will they be able to save their wedding or do they have to decide on a much harsher verdict? When is love more important than the truth? 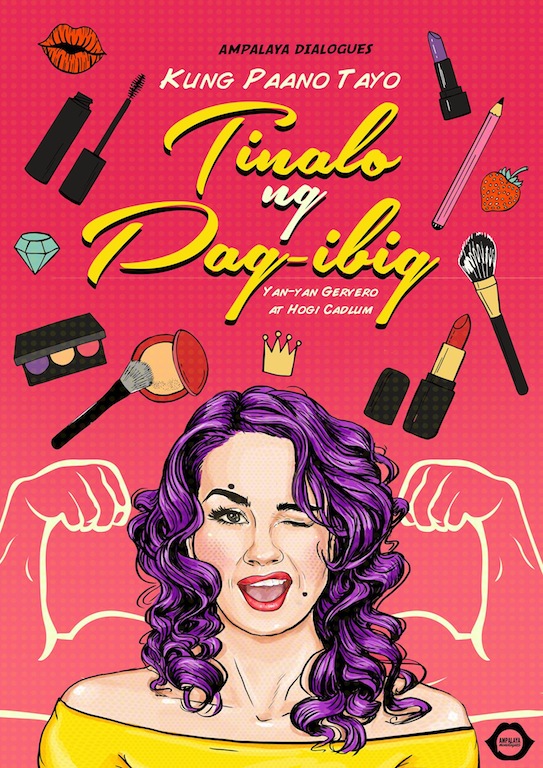 Starring: Yan-yan Gervero and Hogi Cadlum
Angie contemplates on whether or not to continue her marriage with Darwin/Dara, her cross-dressing husband who is about to give birth to her new identity. As Dara convinces Angie to take the risk, they are both faced with questions about what love really is and how they have the chance to change its meaning. Are you willing to lose yourself to let love win?

Beauty and the Bes 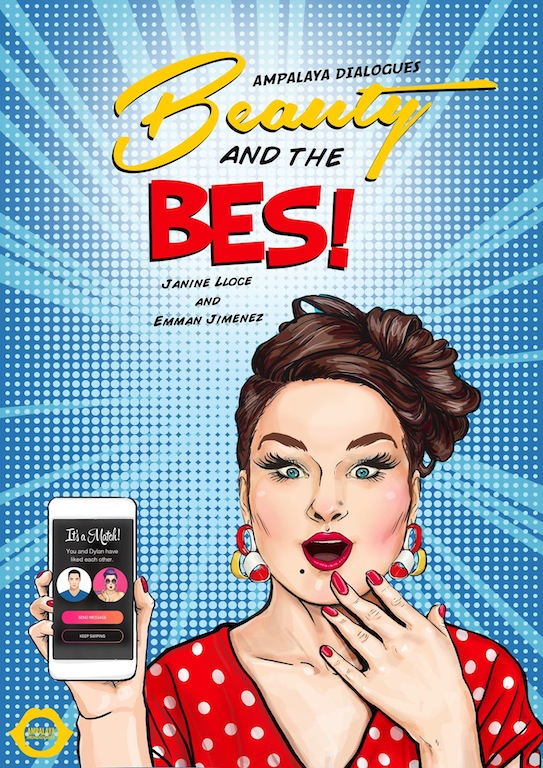 Starring: Janine Lloce and Emman Jimenez
This kilig-comedy features the well-loved ampalaya character, Bes. Fresh from a not-so-successful tinder date, Bes decides to go at it again, this time, on a blind date. But on her way to, she got trapped in an elevator with a perfectly looking, super handsome, drool-worthy gentleman. Is this the chance encounter she’s been waiting for? But wait, why does he look so familiar?

Babies and the Bridges They Burn 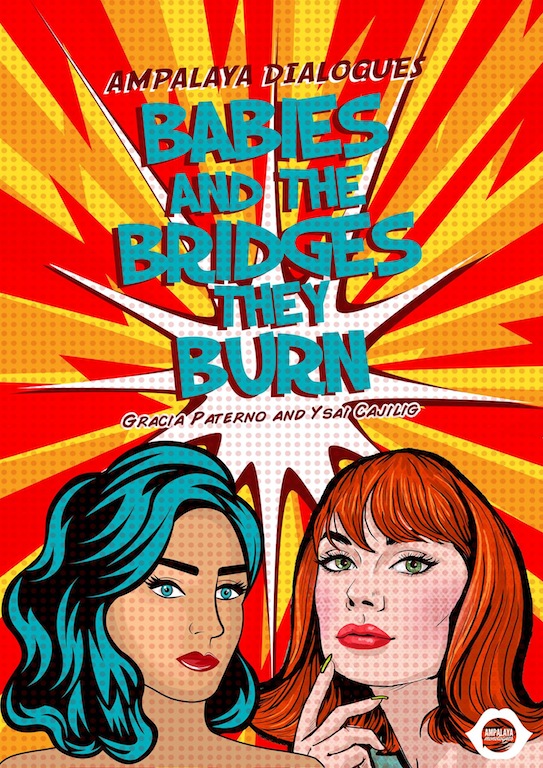 Starring: Gracia Paterno and Ysai Cajilig
How do you burn a bridge? In the case of frenemies Ara and Ally, it takes a lot of manipulation, brainwashing, backstabbing, blackmailing and name calling to do so. But what’s a baby got to do with it? Let’s just say it holds the match to light up the fire. Get ready for a sassy war. Watching bridges burn hasn’t been this enjoyable. 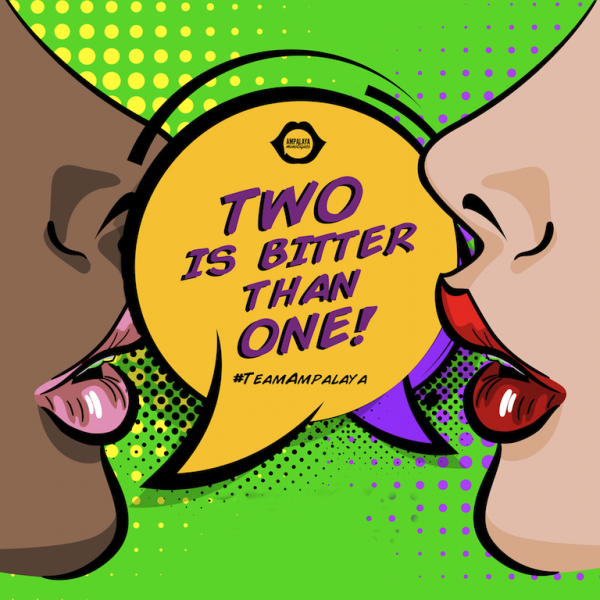 LIMITED SEATS | ONE NIGHT ONLY EVENT

Limited tickets for this one night only event is P500 only and is available at Ampalaya Monologues facebook page www.m.me/AmpalayaMonologues. Please note that video taking will be prohibited during performances.