University reruns, festivals, newbie productions, and a dance concert are all happening this October. 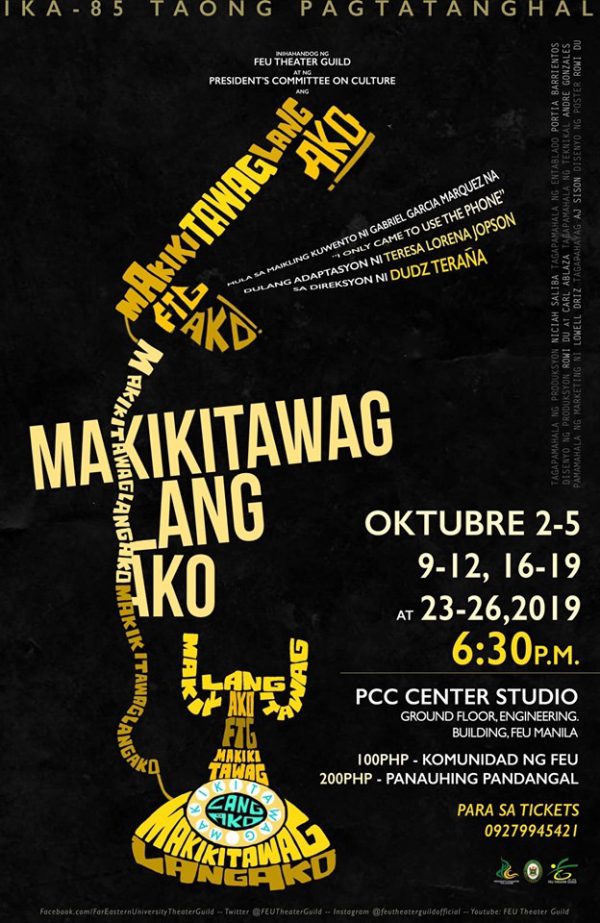 The Far Eastern University Theater Guild (FTG), on its 85th theater season, restages “Makikitawag Lang Ako” this coming October. Adapted by Teresa Lorena Jopson, the play is based on Gabriel Garcia Marquez’ short story “I Only Came to Use the Phone” from his book Strange Pilgrims. The play was staged by the company on October 2014 at the FEU Auditorium and on February 2015 at the SDA Main Theater of DLS-CSB for Fringe! Manila.

The play follows the story of a magician’s assistant and lover, Maria dela Luz Cervantes, and her captivity in a mental asylum. She is mistaken for being mentally-ill as she resists a manipulative opportunist warden and a misdiagnosing psychologist, longing for her lover’s rescue and embrace.

The show will be directed by the company’s Artistic Director Dudz Teraña. It will run every Wednesday to Saturday from October 2 to 26, 6pm at the PCC Center Studio, Ground Floor, Engineering Building of Far Eastern University, Manila. Ticket prices are P100 for the FEU Community and P200 for guests. 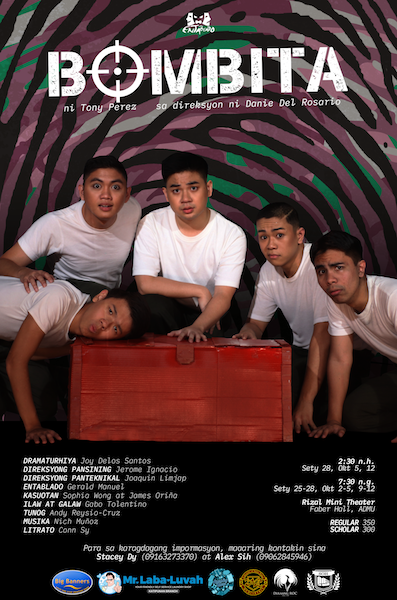 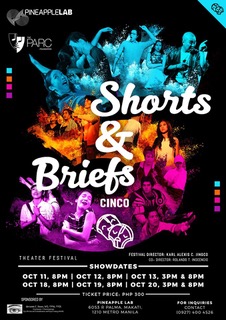 Shorts and Briefs (S&B), a festival of 10-minute plays by local and international playwrights, featuring newbies and emerging stage actors and directors, is launching its 5th edition this October. It will be staged for two weekends, from October 11-20, at the Pineapple Lab.

The 8 short plays include:

2. Dudz Teraña’s DEAR GOD, about a woman’s wish to have a boyfriend, to be directed by Nikki Corrales, MINT College graduate, now a film practitioner who returns to S&B.

3. U. Eliserio’s KUWENTONG BEERHOUSE, to be directed by Charlene Virlouvet, a Cebu-based actress who is trying her hand at directing for the very first time.

4. Brandon M. Crose’s GOING VIRAL, about a parents’ desire for their child to become an internet sensation, under the direction of Antonio Luis Mercado, a construction project manager by profession and theater practitioner by passion (an alumnus of Mapua Tekno Teatro, among others).

6. John MacKay’s THE SONG, about a conflicting song-writing couple to be directed by Aldo Vencilao, also a former member of the Tanghalang Pilipino’s AC.

7. Russell Bell’s TAGGED, about a woman whose lover is common friends with her husband on Facebook, to be directed by Noah del Rosario, a CCP Cinemalaya Short Film finalist.

8. Noah del Rosario’s I WILL NOT DIE TONIGHT, about a CEO bargaining for time with Death, will be directed by James Ferrer, an IT Professional & vlogger who is beefing up his knowledge by attending as may theater workshops as he can.

Shorts & Briefs started at Meridian International (MINT) College in 2015 as a showcase for its students, faculty, and alumni.  It is an initiative of Festival Director Karl Alexis C. Jingco, one of the first graduates of MINT’s Theater Arts program. He co-directs the festival with Rolando T. Inocencio. 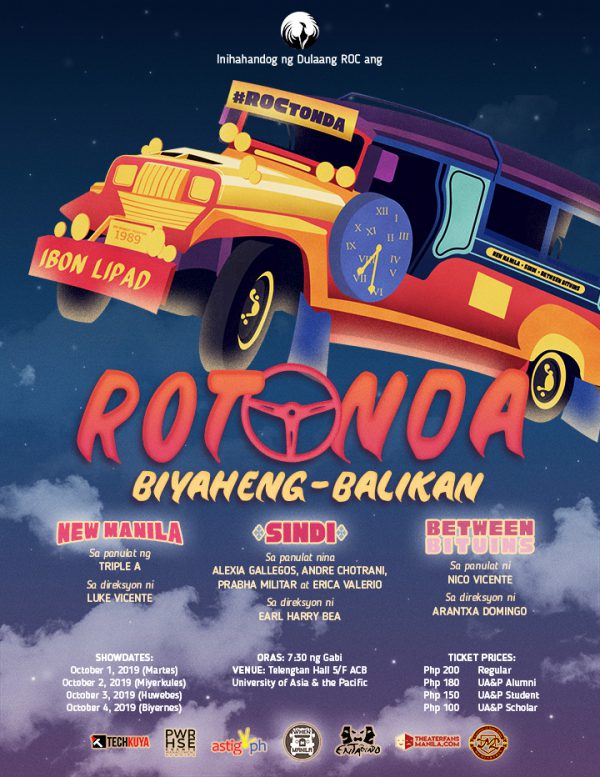 UA&P’s Dulaang ROC will be staging “Biyaheng-Balikan” for its New Members’ Production this October. The cast, who will all be taking the stage for the first time, will be performing under the supervision of the more tenured members of the organization.

The show will feature new renditions of plays previously staged by the group as well as stage scripts written by current students of UA&P and members of Dulaang ROC. These include three ten-minute plays entitled New Manila, Sindi, and Between Bituin. 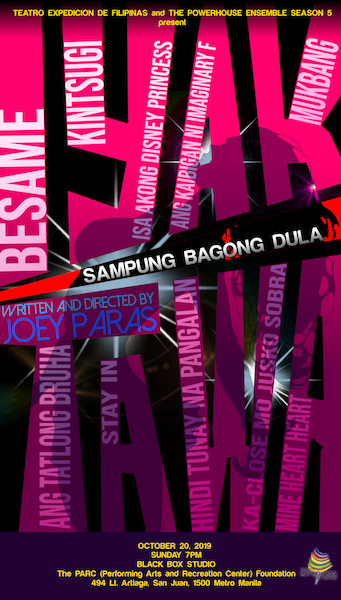 “Iyak-Tawa” is a production showcase of 10 new straight plays originally written and directed by Joey Paras to be performed by the pool of actors called The Powerhouse Ensemble Season 5.

6. Pamana by the UP Filipiniana Dance Group

“Pamana”, the UP Filipiniana Dance Group’s 84th anniversary dance concert, will be recognizing and giving stage to the legacy of the group’s founder and the first National Artist for Dance, Prof. Francisca Reyes-Aquino. The show will be both a retrospection of the research, documentation, and art of Prof. Reyes-Aquino and of the group’s pursuit to continue her legacy through further study and research on Philippine songs and dances. It will directed by Peter Alcedo, Jr.

The show will be held on October 26, 2019 (3pm and 7pm) at the College of Human Kinetics of UP Diliman. Tickets are P300 (regular and non-UP students) and P150 (UP students and faculty, and public high schools students).

Previous "13 the Musical" is Coming to Netflix

Next “Katsuri” Resonates Anew with Harsh Conditions in Negros